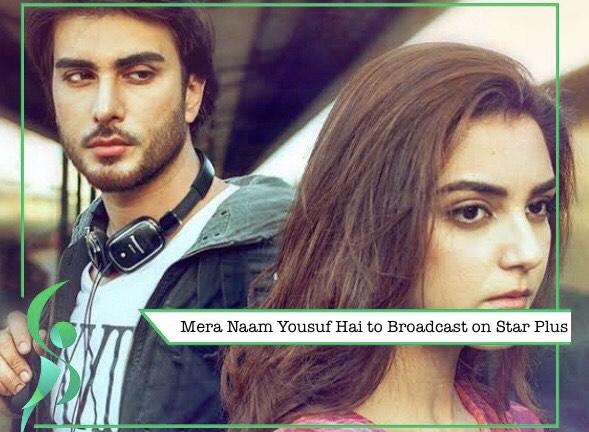 Pakistani dramas are next level and everyone across borders are obsessed with it, the story and the cast as well. And now Mera Naam Yousuf Hai is one of them. There are so many Pakistani dramas that are super hit not just in Pakistan but all over the world in fact in India as well. Fawad Khan’s Humsafar, Zindagi Gulzaar Hai, Dastaan, and Humza Ali Abbasi’s Pyaray Afzal was the most loved dramas out of so many. Just because of the tremendous acting of our local actors a lot of actors and actresses got a chance to make an entrance in Bollywood as well.

Just like that, after Colors and Zee Zindagi our one of the most famous dramas “Mera Naam Yousuf Hai” is all set to be aired on India’s famous and most-watched television Star Plus, United Kingdom. And this news was announced by BizAsia that Star Plus UK will be broadcasting this drama steering our chocolate boy Imran Abbas and Maya Ali as debut Pakistani drama which is written by now a controversial but amazing writer Khalil-Ur-Rehman on Star Plus. And it just not fascinated us but Maya Ali was also so happy to hear this out. She tweeted on her official twitter handle that she is overwhelmed by this news.

Basically, Mera Naam Yousuf Hai is drama in which Imran Abbas is seen playing the role of Yousuf and Maya Ali of Zulekha. Both Yousuf and Zulekha meet the first time on the train and it was the love at first sight for both them. You guys will see them facing all the challenges coming in between their love and never giving up on each other. And definitely going to adore them for their chemistry not just that there will be heartbreaks as ell but overall this a lit love story we must say!

What are you vies on this cute romantic drama?