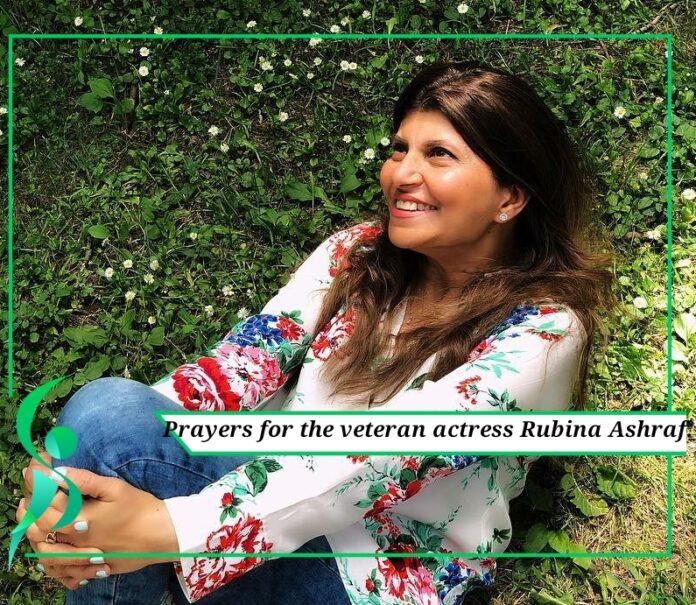 The legendary actor and director Rubina Ashraf contracted Corona Virus on June 3, has been shifted to ICU in a private hospital after her health deteriorated.

The details of the actors detoriating health was given by Sajid Hassan on his offical twitter account.

Later he informed the fans that Rubina Ashraf is doing better after confirming with her husband.

Following this many celebrities requested the nation to pray for the veteran actress.

The cast of Ruswai also took their socialmedia handles to pray for their director.

Other than that Mansha Pasha, Aijaz Aslam , Ali Rehman, Ali Zafar, Haroon Shahid also requested the fans to keep praying for her.

The actor was isolating herself after the diagnosis but the oxygen levels were dropped for which she was taken to the hospital. The actor is feeling better now according to the reports.

The Veteran actress needs no introduction and is an asset to our nation, She last directed drama serial Ruswai for which she was critically appraised for. She will be appearing soon in Khuda Aur Mohabbat starring Feroz Khan and Iqra Aziz in the leading roles.

Team Showbiz Pakistan pray for her swift recovery and everyone affected.