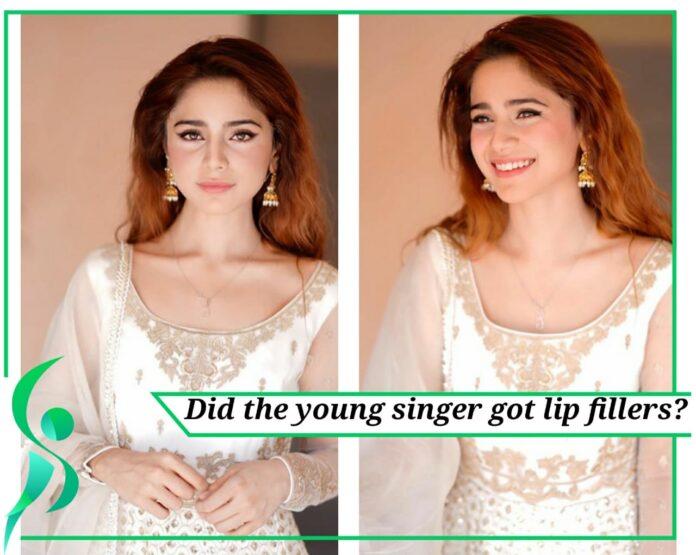 Aima Baig is a young Pakistani singer, known for her work in film Lahore sy Agay and Mazaq Raat. The singer started her career in the year 2015 and has already won 4 awards. She also sang a cover of Summer Wine with her uncle, Mubashir Lucman who is a known anchor/host.

The singer Aima Baig has always share limelight be it for her music or her relationship with actor Shahbaz Shigri. The 25-year-old singer recently released a tracked by the name of Te Quiero in which Hadi Uppal debuted, son of singer Shiraaz Uppal.

Recently in a live conversation with All Pakistan Drama Page, she finally addressed the accusation of copying Ariana Grande. She clarified saying that just copying her hairstyle and liner, it doesn’t make her look like Ariana Grande. She went ahead to say that Ariana Grande is her inspiration both in music and looks but copying the singer will be the last thing on her mind. During that particular live session, fans spotted a change in her lips structure leading to a debate.

And then finally people reach a conclusion :

And then people start comparing her with duck…

People also started to tell about her wrong decision :

Be it Aima Baig or any other celebrity, people have always discouraged these surgeries. They think they must share two cents on every other change a celeb undergoes. The singer has not stated the matter yet.

Are Sanam Saeed and Mohib Mirza getting married?