Home Celebrities Did Noman Ijaz admit of being an infidel spouse? 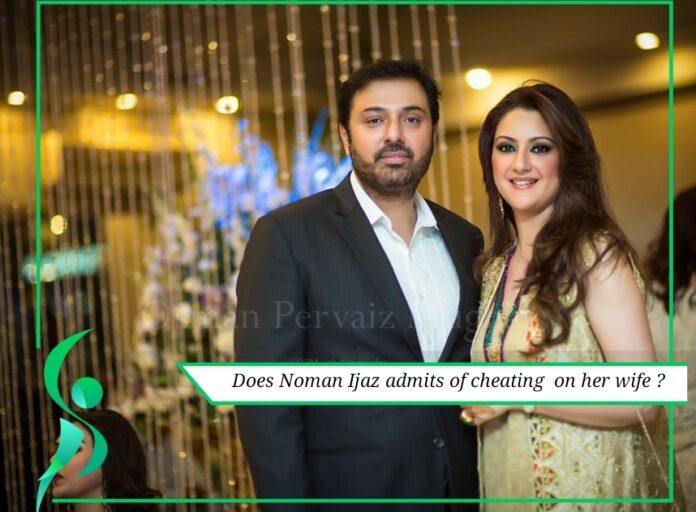 In an interview with actress Iffat Omar, Noman Ijaz regards himself as an ‘intelligent person’ because his wife never found about his extramarital affairs.

It seems that Pakistani actors (especially males) are adamant about making problematic marks. From Agha Ali, Yasir Hussain to Shan Shahid, these actors are making headlines every other day. for all the wrong reasons. It seems competition has begun over it, and actors consider it as a new trend on “who says the most problematic thing?”

A veteran actor who made it to the list is Noman Ijaz, who made an appearance on Iffat Omar’s show “Say it all”, and shared his disgusting viewpoint on privileged men/husband. The chat show was streamed last year, but the clip of his problematic opinions surfaced in the present day.

The clip shows host Iffat Omar asking question-related to his successful marriage, on which the actor gives credit to his wife, but keeps on bragging about his marriage life. Right after that, the host asked if he keeps falling for other women. To which the actor admits, and on her wife’s reaction to this problematic act, he considered himself as a ‘great artist’ and ‘intelligent man’. He thinks because of his on-point acting, his wife never gets to know about all the extra-marital affairs.

Moreover, Iffat Omar’s reaction was quite satisfied, and she asked the veteran actor about these tips. The audacity of both the actors was quite surprising and shocking in the clip, shared below:

Noman Ijaz didn’t stop it there, he went on saying a thing which he shouldn’t have said it all. The other disgusting comment made by Ijaz was that he considers the #MeToo movement as “deen sy dori” ( being non-religious). The man who admits on cheating his wife ( and doesn’t consider it wrong) is now teaching religion to the people.

Despite being vocal about social issues, Iffat Omar approves all his statements, which is quite shocking for the fans. Furthermore, Noman Ijaz went on saying things which were quite a sensitive topic for our society. His cryptic opinions on social issues made it difficult for users to watch.

The point of this blog is to highlight the importance of statements said by celebrities because they present a mindset of our society, which needs to be changed concerning social issues. An interview should be well-informed, and celebs should think before speaking. The views may vary from person to person, but not everything should be taken in a fun way.

Also, in the present day, social media is a powerful tool, hence everyone can be taken into account of their views. What are your thoughts on Noman Ijaz’s cryptic views? Let us know in the comments below.