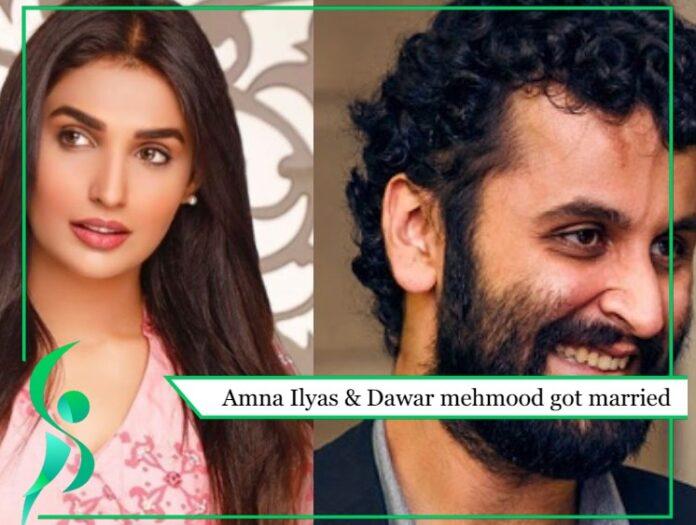 Among the year of 2020, big happenings have occurred throughout this year. Either we talk about pandemic or the turnovers in the relationship status of Pakistani celebrities. There has been shocking news, whether it’s about Shehroz’s second marriage or Sarah Khan tieing the knot with Falak Shabbir. Well, the list is pretty extensive, but all this news seems immediate.

Amna Ilyas is one of the most famous and iconic supermodels, fashion diva, and Pakistani actress in our showbiz industry. Well, Amna Ilyas also got married to the director Dawad Mehmood. And the nikkah ceremony was very private and included close belonging. Well, the relationship between Amna Ilyas and Dawar Mehmood was kept very modest and discreet. Because yes, for the audience, and fans, it seems an unexpected couple.

A few months ago, Amna Ilyas disclosed that she has finally got her soulmate in a live show. Furthermore, she shared that soon she is looking forward to big plans with his soulmate.

The people who attended the nikkah ceremony were likely to be their relatives and close friends. Anwar Maqsood and Sajid Hassan were also the attendees of their nikkah ceremony. Dawar Mehmood is known to a theater director and producer. He shares a close bonding with Anwar Maqsood. He has directed many playwright’s plays and also had worked for his company Kopykats Production.

Amna Ilyas was also going to be cast for Dawar’s play “Ankhai.” She was going to play the character of “Sana Murad.” The production Ankhai was hinged on Haseen Moin’s drama. It was going to be aired on the 25th of March. But due to the pandemic, it is now going to be released in October. Well, we wish that may this newly married couple lives happily ever after.