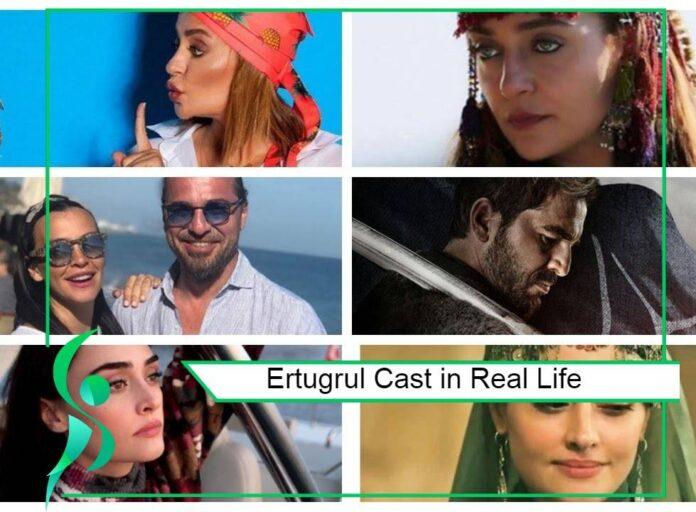 The Television Series Ertugrul has admired huge popularity in a short period soon after the series was dubbed in Urdu. The class of acting and the production team has great worth which is incomparable. It is one of the best drama series which has made you stick to your Tv screens from the beginning of the first episode. There are fan who wants to know about it’s the star cast in real life. Here are the details about the Ertugrul’s star Cast.

Engin Altan Düzyatan plays the main role of Ertugrul Ghazi. He is the youngest son of Suleyman Shah and Hayme Hatun. He is father Gündüz Alp, Savci Bey, and Osman Gazi. He is the main character of this series and loved by most viewers. He was born on July 26, 1979, in the city of Izmir. He was also awarded as one of the Best actors in Los Angeles Movie. He has been married for around 5 years and also has a son.

Serdar Gökhan (Suleyman Shah) is playing the role of Suleyman Shah. He is also the main character in the drama series. He is manifest as the leader of the Kayi tribe and also the Father of Ertugrul. He is one of the famous Turkish actors who has been indulged in the acting field over the years.

She is playing the role of Mother of Ertugrul, Gündoğdu, Sungurtekin, and Dündar. She is shown as the wife of Suleyman Shah. She was born on April 27, 1951, in the city of Izmir. She has been indulged in the Turkish television drama industry since 1970.

He plays the role of the Eldest son of Suleyman Shah and also the oldest brother of Ertugrul Ghazi. In the series, he plays a negative character and his character is inspired by the viewers to keep them involved.

He is one of the most pleasant characters in the television series Ertugrul. He plays the character of the loyal Alp of Ertugrul Ghazi. He has also been the chief guard of Suleyman Shah.

She is one of the most famous Turkish actress and model who is playing the role of Halime Sultan in the television series Ertugrual. She is the Wife of Ertuğrul and the mother of Gündüz Alp, Savci Bey, and Osman Ghazi in the drama series Ertugrual.