Home Extraaa Masala Fawad Khan marks his awaited comeback on the TV screen, with a... 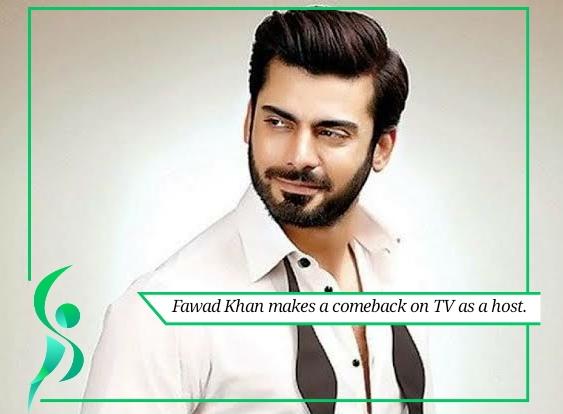 The heartthrob Fawad Khan makes his comeback on the TV screen with a new game show on 23 news channel, titled ” Our Guess Tonight”.

The show named Our Guess tonight, is a weekly entertainment show, which features two guests in one episode. The show format is quite simple for a game show, which requires celebrities to faceoff in a guessing game. Each guest gets a round of four minutes to guess as many words as possible. And to round it up, the guest with the most accurate guess wins the game.

The first episode, hosted by Fawad Khan streamed Sanam Saeed and Fahad Mustafa, broadcasted two days ago. The Maula Jatt star, started the show while wishing the duo with best wishes, for their films Ishrat-Made in China and Quaid-e-Azam Zindabad, respectively.

The first episode was quite a hit, and the game show is hoped to attract a wide array of audiences, from all the age groups. With Fawad Khan being the host, other celebrities included in the show are Amir Khan (boxer), Wasim Akram (former cricketer,) and Shaneira Akram, Bilal Lashari, to name a few.

The TV channel hopes that Fawad’s charisma and celebrity line-up will prove to be a breath of fresh air in the game show industry. The appeal of the star, and his unique approach to the show, make him a perfect show for the host. On that note, we are also hoping to see quite a few episodes of the game show, to lighten up our mood.

Also, if you have watch the episode featuring Sanam Saeed and Fahad Mustafa, let us know your thoughts.