Home Celebrities “Make this foreign actress the ambassador of PSL instead of Halime Sultan”... 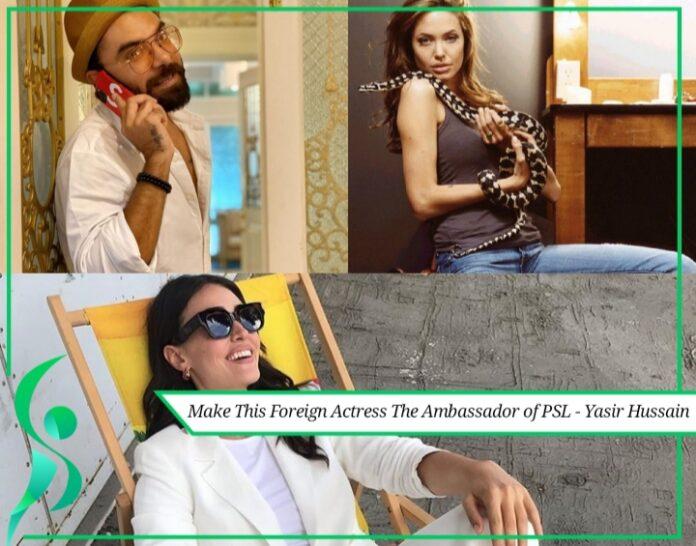 Yasir Hussain said that Turkish actress should come to Pakistan, work here for one year, work hard as our actresses do, then she should be appointed as ambassador of Pakistani brand.

During the interview, Yasir Hussain further said that if Turkish actresses come and work in Pakistan, I will go to their seats and encourage them and take pictures with them. But I want to see my people in the brand ambassador of PSL. Anushay Ashraf said on Yasir Hussain’s point that even if international players play in PSL, then why can’t its brand ambassador be an international artist?

On which Yasir Hussain said that it is the game of international cricketers. When they come here, they teach our players and we benefit from it. But we have made Halime a star, so what is the benefit to us internationally by making Halime Sultan the brand ambassador of PSL. Replace Halime with Angelina Julie and then we have the benefit of watching our cricket in America.

In this interview of Yasir Hussain, people expressed their anger and said that he did not make Esra Bilgic a star. He is already a big star. His drama is being shown in Pakistan after being shown in 160 countries.

It may be recalled that a few days ago, Javed Afridi, the founder of PSL franchise Peshawar Zalmi, had hinted at making the drama’s heroine Esra Bilgic the brand ambassador of Peshawar Zalmi in view of the popularity of Turkish drama in Pakistan.