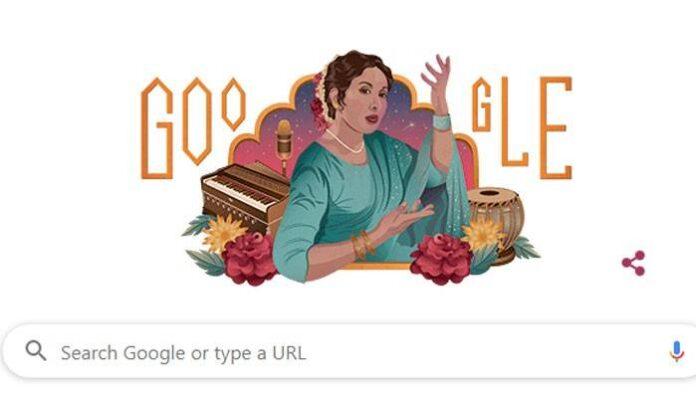 Google pays tribute to the Ghazal Singer ‘Iqbal Bano” by his very own Google doodle.

The legendary Singer Iqbal Bano was born in Delhi in 1938, she studied with Ustad Chand Khan – a master of classical Indian vocals – and starteed singing on All India Radio as a teenager. She moved to Pakistan in 1952 and sang on Radio Pakistan, provided vocals as a playback singer for popular movies and attracted large crowds to her live concerts.

Bano was one of the best singers of classical music, making  the brilliance of her voice and her command of musical notes. She was bagged with the Pride of Performance Award in 1974.