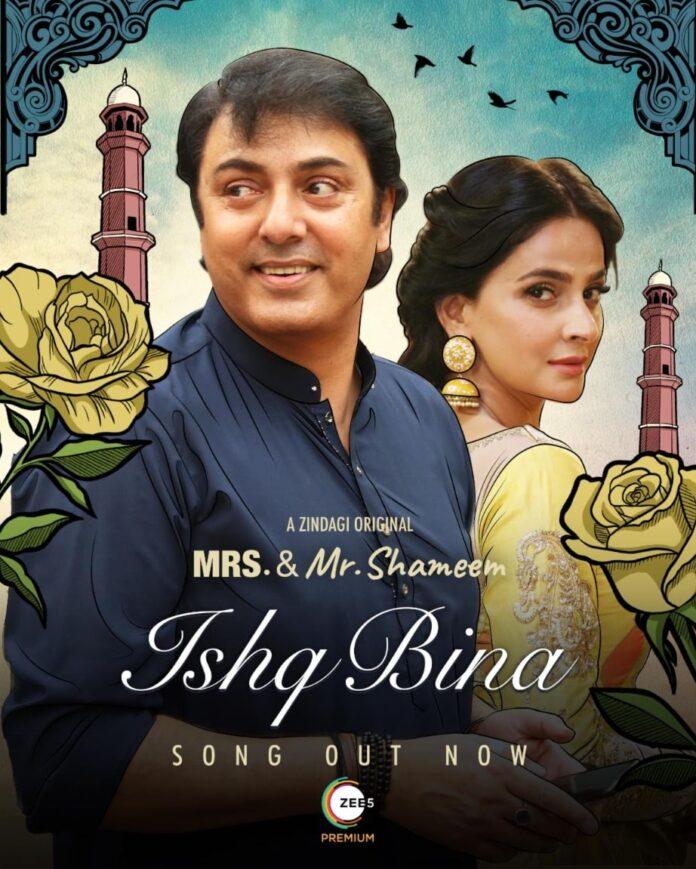 7th March 2022: Zindagi, one of the most loved entertainment brands, recently announced the launch of its next original series Mrs. & Mr. Shameem featuring Saba Qamar and Naumaan Ijaz in the lead. In the build up to the launch of the show on 11th March on ZEE5, Zindagi released the original soundtrack titled “Ishq Bina” earlier today. A soulful rendition, the song is composed and written by Sami Khan and has been sung by celebrated singers Abeer Hassan, Zain Ali and Zohaib Ali. A profound love song, Ishq Bina reflects the love and friendship that Umaina and Shameem share.

“Ishq Bina is a song that instantly connects because of its moving and meaningful lyrics. The gripping melody has a soothing effect and the trio of Abeer Hassan, Zain Ali and Zohaib Ali have rendered a melodious song that reflects the love and compassion shared by the protagonists”, says composer and lyricist Sami Khan

Director Kashif Nisar shares his thoughts on the soundtrack, “When I first heard Ishq Bina I was completely fascinated by the song as it perfectly encapsulates the show and the journey of the protagonists. It is a soulful sufi song and we are confident that it will grow on the audience.”

Produced by Kashif Nisar and Misbah Shafique, Mrs. & Mr. Shameem is a distinctive love story of a pure bond graduating from friendship to growing old together and everything in between.

Link to the OST :