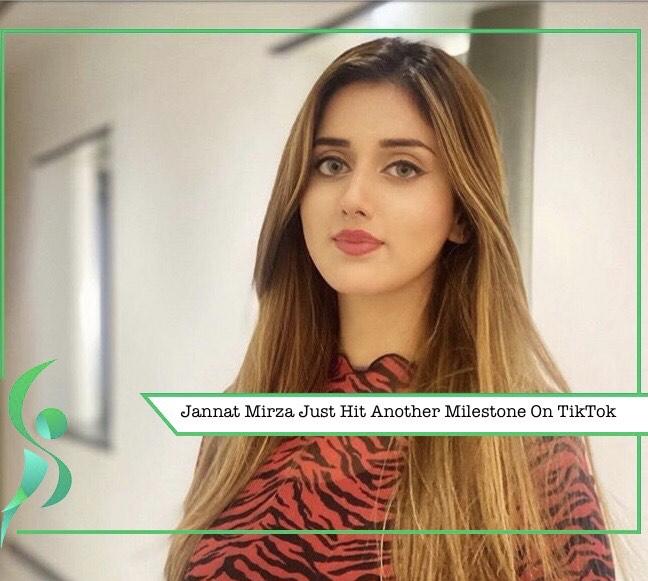 Jannat Mirza is quite famous and known name in Pakistan. If you live in Pakistan then you must be well-aware of her. She is one of those rare famous TikToker who is not criticized by the memers that much comparatively others. If you don’t know her then here is a little information about her. Jannat Mirza is a TikToker which is being followed by millions of follower and is quite famous for her dubbed songs, transformations videos, different funny and awareness content with her cousins, and last not to forget her beautiful looks.

Well, this is just not it to her. She is also a student who is currently studying in Japan. Isn’t it fascinating enough? Studying yet being a famous TikToker as well. Also, her sister Alishba Anjum is really famous for her videos and people adore both the sisters chemistry and collaborations so much. She also have 1.2 millions of followers on the platform of Instagram. And the famous personality has also done collab videos with famous youtubers like Shahveer Jaffery and Zaid Ali.

Well, talking about tiktok it is one of the most trending apps of Pakistan. And everyone is coming with different yet appreciative content day by day. Well, tiktok is also trending in Pakistan as it is a source of payment as well for most of the Pakistanis. This app is also been in the controversy of getting banned in Paksitan.

What so ever is going on but the fun news and happiest news to hear is Jannat Mirza just hit 10 Millions of followers on tiktok and with that milestone she became the most followed tiktoker in Pakistan. As apart from Jannat Mirza right now none of them have such huge numbers of fan following. This news was such a big surprise for the tiktoker herself that she posted a story saying, ” Never thought I would reach at this point just following my dreams. Alhumdullilah, when you don’t envy others you get your fruit anyhow.” That was such a positive and lovely thing to post on getting so famous and we appreciate that.

She posted another story thanking her fans that she is nothing without them and she loves them very much. Well, her fans truly adores her and fan following on the tiktok is a proof of it.

If you don’t know then the tiktoker just debutted in a song by Sarmad Qadeer named “Shayar” which was not at all a target of criticism. Also, the song Shayar is hit 12 millions views just now which is amazing. All in all this year is proving a lucky year of Jannat Mirza. If you haven’t listened to this beautiful song yet then here you go!

Shwobiz Paksitan wish heartiest congratulation to Jannat Mirza for hitting gem. May she grow stronger in terms of her fan following and career. Also, guys do you like Jannat Mirza if yes then where do you discovered her from? And which of the tiktok is your famous? Do comment guys as your comments means a lot to us.