Home Latest Here’s Why Everyone Is Suspicious About Alizey Feroze Khan? 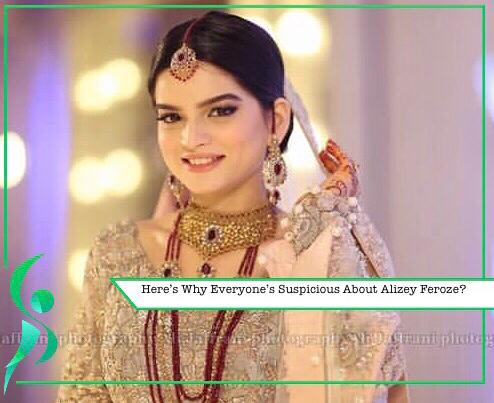 Last year has been the year of news of all break-ups and divorces. There are so many couples that called off their relationship. Alizeh Feroze Khan is one of them. Giving up the spice to everyone being suspicious about every couple. It might be shocking for you but it is one of the rumors that have still not been cleared and in the air.

In case you don’t know, then Alizey and Feroze Khan are apparently leaving back to back hints about both of them not being together or at least not being on good terms. Both of them get married in the year 2018 and there Feroze Khan’s sister found him his soul mate according to the sources. Also, they share a child or a baby boy Sultan Khan who is the life of both the parents.

It seems like Sultan’s mother is really obsessed with is as her Instagram handle is “Alizey Sultan Khan.”

Well, now coming to talking about why everyone has been suspicious about them? It is because after the rumors have been about both them being separated. But it was some-how proved wrong because both Alizeh and Feroze were following each other on their instagrams.

And what later made everyone curious about them is the fact that Feroze Khan uploaded a picture with his son with a caption saying, “if you don’t like kids we are not playing.” And later on, deleting it. This move was also suspicious for us honestly.

And now Alyzeh Feroze out of the blue has unfollowed her husband on the Instagram. And posted a story on the Instagram which is the translation of Qurani Ayat. The story says, “Whatever you do, you will be asked about it by Allah.”

Nevertheless this story seems to be indirectly pointed out towards her husband but one never knows what actually is going or neither can we make any allegations about it.

If you are wanting to see the actual story of Alizey Feroze, the here go: