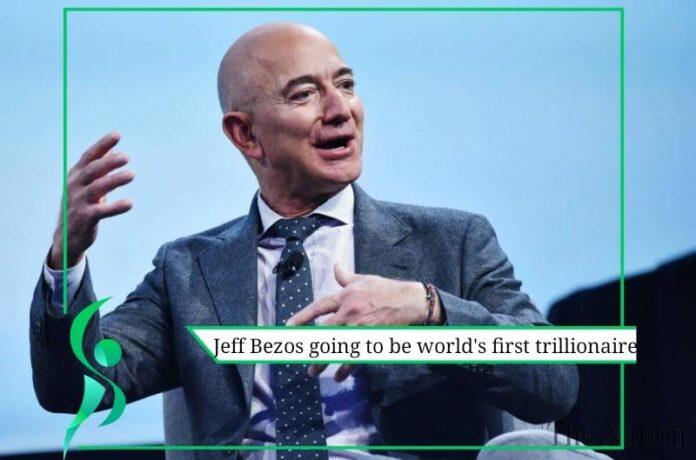 Amazon CEO Jeff Bezos, 56, is currently the world’s richest individual, with a current net worth is $142.8 billion, according to Forbes. According to the study, the Amazon boss would become a trillionaire by 2026 when he will be 62 years old.

Jeff Bezos, the founder, and CEO of US-based e-commerce behemoth Amazon Inc is likely to become the world’s first-ever trillionaire, according to a study by Comparison.

Bezos, 56, is currently the world’s richest individual, with a current net worth of $142.8 billion, according to Forbes. According to the study, the Amazon boss would become a trillionaire (having a net worth of over $1,000 billion) by 2026 when he will be 62 years old.

As per the study, the net worth of Jeff Bezos has grown at 34 percent over the past five years.

After Bezos, the study showed that the most likely candidates to hit $1 trillion are China’s Evergrande boss Xu Jiayin (by 2027) and Alibaba co-founder Jack Ma (by 2030). India’s Reliance Industries’ (RIL) chairman and managing director Mukesh Ambani may become a trillionaire by 2033, the study showed.

According to Comparisun’s methodology, they analysed market capitalisation of 25 highest valued companies listed on the New York Stock Exchange (NYSE) as well as the net worth of top 25 richest people according to Forbes. The research projection was done on the average percentage of annual growth over the last five years and then applied this rate of growth to future years.

Recently, Amazon Inc declared that it recorded sales of over $75 billion during the quarter ended March. The company is likely to have benefitted from the coronavirus-led lockdowns across the US and its other key markets.

However, the news of the ‘trillionaire’ projection brought in some strong reactions on Twitter. Some internet users expressed anger at Jeff Bezos’ possible gains from the ongoing coronavirus pandemic when there are many in the US and across the world who have lost their jobs and some have even lost lives.

Separately, on Thursday, Amazon in a blog post announced that it will begin the mass-producing of face shields and sell them at-cost in the coming weeks.

Alibaba’s Jack Ma could become a trillionaire in 2030 when he will be aged 65.

Of the 25 individuals the company analysed, only eleven realistically have a chance of becoming a trillionaire during their lifetime, based on their recent rate of wealth growth.