Home News Malala Yousafzai will be the keynote speaker at this year’s LUMS convocation. 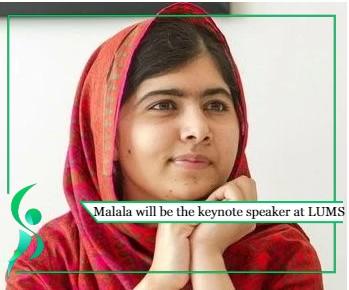 However, LUMS has made no official confirmation yet on the participation of the Noel laureate’s keynote.The 22-year-old Nobel Prize winner has recently graduated from Oxford University and had expressed her joy and gratitude after completing her degree. She had also shared two pictures of herself covered in confetti on Twitter with the caption: “Hard to express my joy and gratitude right now as I completed my Philosophy, Politics and Economics degree at Oxford. “I don’t know what’s ahead. For now, it will be Netflix, reading and sleep.”

It is pertinent to note that human rights activists, Malala Yousafzai survived a shot to the head in Pakistan and now studied politics, philosophy, and economics at the University of Oxford. Yousafzai began studying at Oxford in October 2017, after being formally accepted by one of its colleges, Lady Margaret Hall, where Pakistan’s first female Prime Minister, Benazir Bhutto, studied in the 1970s.