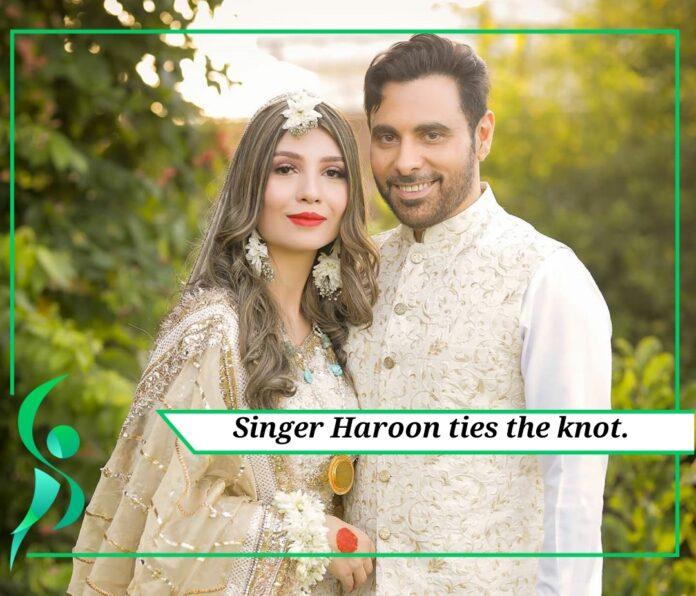 The singer Haroon Rashid, popularly known as Haroon, tied the knot in an intimate ceremony. The couple was complementing each other in white outfits, looking absolutely gorgeous.

Here is a shot from their wedding:

Only the immediate family of the couple was present which took place at the bride home, Bani Gala, Islamabad. The wedding was destined to be placed in August but due to corona pandemic, the two had to change plans.

Singer Haroon also posted pictures on his offical Instagram account, and thanked family and fans for all the love.

The 47-year-old is a British-Pakistani singer who was a heartthrob of 90s, ex-member of Awaz band was spotted wearing a traditional cap. Singer Haroon has sold a large number of singles and performed at large venues such as Wembley Arena.

Such beautiful pictures. We wish the couple a lifetime of happiness and togetherness.