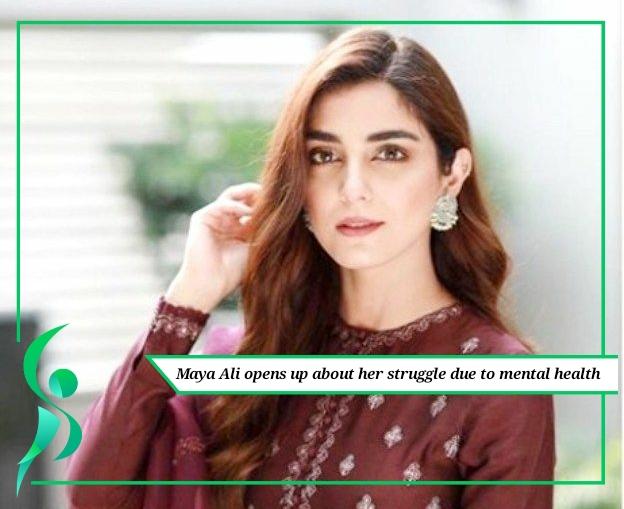 In an interview with Mira Sethi, the superstar Maya Ali opens up about her struggle due to mental health.

The diva, Maya Ali is appreciated for her work, now and then. The actress was last seen in a film titled ‘Parey Hut Love, ‘alongside Shehryar Munawar.

The actress rarely talks about her personal life. However, fans are in a treat, ever since the interview dropped out of the actress, where she has talked about everything. In the interview, the actress was questioned about her struggles related to mental health on which she quoted:

” I remember my exams were close and I was studying, I went to get a glass of water after that I was not in my senses. When I woke up I was in the hospital, I asked my mother to go home as I had to study, she told me that I have been in the hospital for two and a half days. It was very different for me, being 16 years girl I couldn’t understand anything. I came home and presumed that I am fine, slowly I started feeling changes in my body.”

She further added that doctors used to prescribe pills to put it under the tongue. Later, during graduation, she started having fits, and the treatment got started.

Additionally, she also talked how her family used to hide her disease from people, since it was considered taboo back then.

“If someone asked my family, what has happened to her, they used to say nothing she is just not feeling well. When we had to go somewhere, my parents used to say me to put my medicine under my tongue, and not to do something there. And I always used to say that I am not doing anything intentionally, it happens to me.”

Maya Ali, also discussed that she recognized her symptoms when the doctor told her on TV. But, when she told her mother, she asked to stop watching TV and told her to study.

The actress told Mira Sethi that her parents strained relationship, and emotional triggers lead to distress. Additionally, Ali mentioned that she has recovered from her struggles, but still face anxiety due to severe stress.

Maya Ali also credited her friends and family, who become a pillar of strength in her battle with mental health for 12 years. The actress also talked about her bestfriends in the industry, her equation with Shehryar Munawar and upcoming projects.

The interview link is shared below:

Maya Ali will be seen alongside Shehryar Munawar on a drama, titled ‘Pehli Si Muhabbat’, soon aired on ARY Digital. The teasers of the serial are out, and yet again the chemistry of the duo is the talk of the town.

What do you think about her interview? Let us know in the comments below.