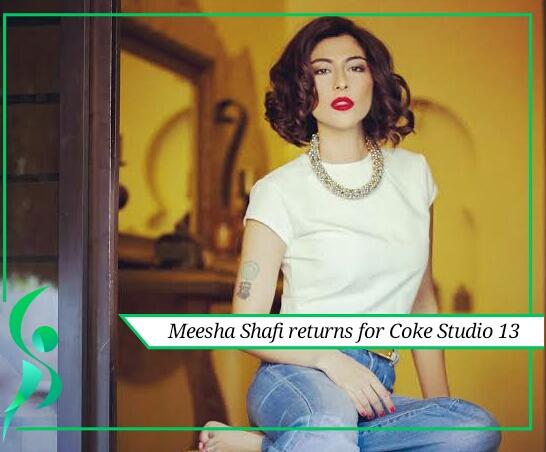 With the pandemic raging and lockdowns initiated in numerous parts of the country, many shows have been canceled or rescheduled. Coke Studio Season 13 was almost halted due to this situation but is slated to be on schedule and Meesha Shafi has returned. The legendary composer and former Vital Signs member Rohail Hayat is returning as the producer.

For this year, Meesha Shafi has been roped to make an appearance on the show and lend her melodious voice.
Meesha Shafi announced the collaboration on her Twitter account.

She also mentioned her fans and was grateful for their support.

She stated, “Music is my ultimate passion and sharing it with the world, my purpose in life. I’m about to paint a musical rainbow for you all. Blessed to be able to share my gifts,” she added.”

This season will constitute of 12 songs and has an ensemble of Rahat Fateh Ali Khan, Sanam Marvi, Ali Noor, Bohemia, Aizaz, Mehdi Maloof, Umair Jaswal, Wajeeha Naqvi, and many more would be seen in this season.