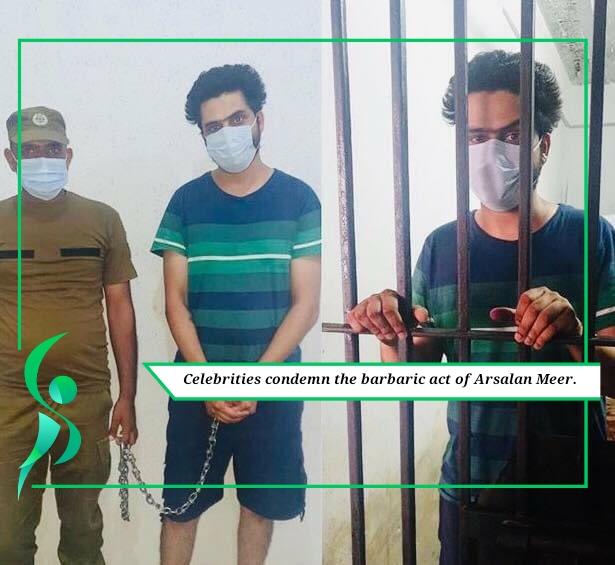 A video circulating on social media from last night displays a horrifying act of domestic violence, where a son is brutally beating his mother and sister for property-related issues.

The horrible act took place in Rawalpindi, where a man identified as Arsalan was mercilessly beating his elderly mother encouraged by his wife. The video was made viral by her sister Zobia Meer, who appealed justice from the law enforcement agencies of Pakistan.

Netizens came out in the support of the poor mother-daughter duo, criticizing domestic violence and demanding equity. Among the people who have condemn the barbaric act were Ushna Shah, Hamza Ali Abbasi, Naimal Khawar, Saba Qamar and others.

While condemning the act, actor Ushna Shah wrote,” In tears after watching this. This makes me want to fly to London and hug my mom.”

The star, Hamza Ali Abbasi also took twitter to share his two cents and prayed that he gets the rotten corner of the hell.

Ali Rehman and Armeena Khan, also shared their views while criticizing the act and prayed that no parent ever suffer this horrendous domestic violence.

The beautiful Saba Qamar too joined Ushna Shah and others.

From the desk of Showbiz Pakistan, we condemn this horrendous and barbaric act of domestic violence. The man should be put behind bars for whole life, and may justice prevails.