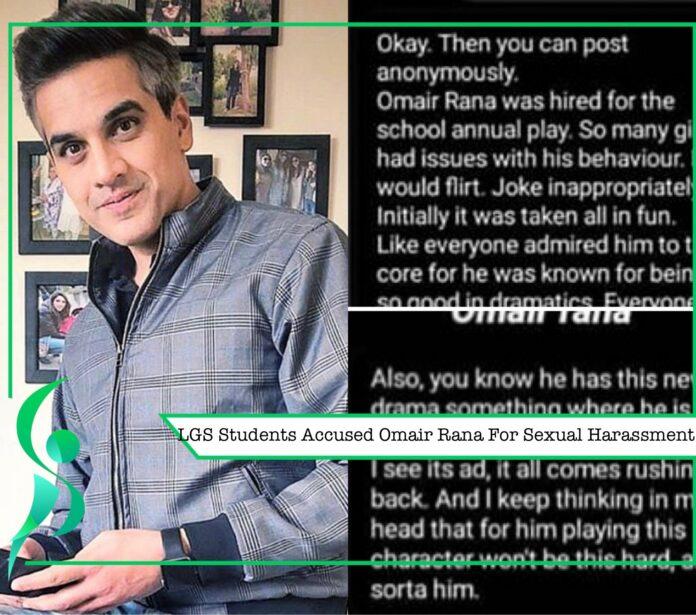 Omair Rana is seen playing the role villain in the recent famous drama “Pyar kay Sadkay”. He’s playing the role “Servar” who sexually harass the lead actress “Mahjabeen”. And now it seems like the actor is playing his role effortlessly as he’s been doing this in real life as well.

The posts of allegation of him sexually harassing girls has been circulating on the social media of him. And this topic is raised by an anonymous page “Harassment@1A1” on Instagram.

Several girls of the elite school of Lahore Grammar Girls posted stories and screenshots where they told how Omair Rana has sexually accused them and how they couldn’t take any stand against the situation as he was the guest in one of the events of their school. They also claimed that he joked in the event in an inappropriate manner which is quite upsetting.

One of them expressed how sad she gets whenever she sees Omair Rana playing his role in the drama as she has witnessed him exact the same as of his character in real life.

There’s no stand has been taken by the actor himself and it really makes all of us suspicious. Let’s hope and pray for the best.