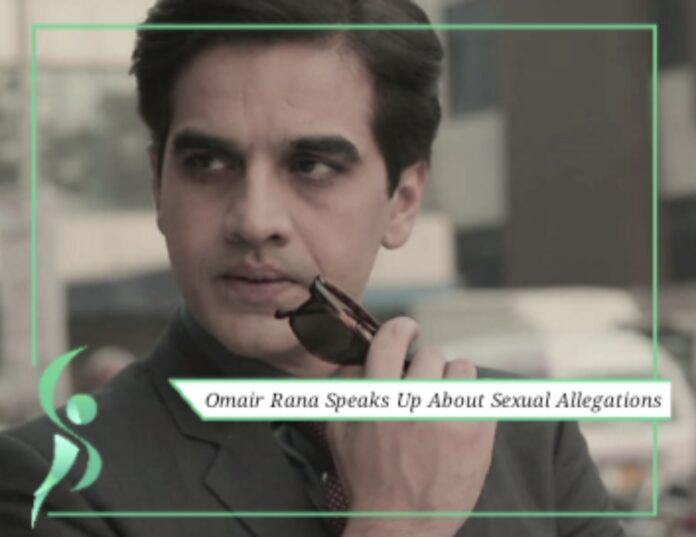 Omair Rana or Sarwar from “Pyaar Ke Sadqay”, a name known by many gained the most popularity in his career when the beautiful love story of him and his wife was narrated by Mrs. Rana on social media. Apart from that he runs a theatre company called “Real Entertainment Productions”. Rana came under fire this year when some of his students from LGS 1A1 accused him of sexual misconduct during the time they worked in theatre under his counsel. He had stayed silent for a long time but finally Omair Rana speaks up about sexual allegations.

The media has the most power nowadays and when people have to post something important, they make sure that it reaches far and wide to the people. When Osman Khalid Butt applauded the students of LGS for standing up against sexual predators, he named the teachers that were accused until a twitter user “ahpleasedont” pointed out that Omair was one of them as well. So, when allegations against Rana were made, it spread like wildfire.

Sir, you missed a name: Omair Rana. He used to teach Drama at LGS 1A1. Many have come forward about their uncomfortable experiences with him too. Attaching screenshots below.

After all the chitter when Omair had to speak up for himself, this is what he had to say:

People have mixed opinions about this situation, some stand against Rana while some side with him, demanding proof for his acts.

Irony is, Rana plays the exact same predator in Pyaar Ke Sadqay as he is said to be in real life.

What are your thoughts on this? Is Omair innocent or do you find him guilty? Let us know!