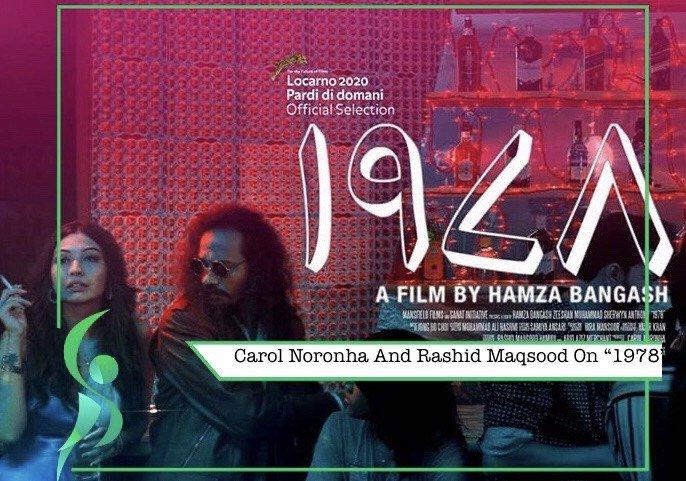 “1978” is a short film that has been making rounds on the internet for some reason. The movie is directed as well as written by Hamza Bangash and this directed is well known for his outstanding work. He has sent his films multiple times to the international and the director is back again what he does the best. The short film “1978” will be the #rd film releasing in the Locarno Film Festival in Switzerland after “Dia” and “Strays Dogs Come Out At Night.” Well, there wasn’t much revealed about the respective short film but now Rashid Maqsood, the producer, was recently seen spilling some beans about the film, and after hearing that it is making us even more excited.

According To Producers “1978” Is Nostalgic:

The producers of the movie Rashid Maqsood and Carol Noronha got in the interview and shared the glimpse and the base of the short film. Rashid Maqsood was seen sharing that the movie “1978” is based on Karachi and 1970’s Karachi has the main theme in this and he further added that in this movie they will show how the minorities used to face the challenging times in Karachi. On the other hand, the foreign producer Carol Noronha said that she is really excited to show this short-film to her people and community as she belongs from the Christian community and she had Ah-mazing experience shooting here.

According to Rashid Maqsood this movie shows a lot of about the rocking times of Karachi and will show “Karachi Kay Yore”. And this generation knows nothing about the past times so he want to spread the awareness of the peaceful yet rocking times of old Karachi in this generational as well. As he thinks that cinema is the best way to tell how Karachi has beautiful clean beaches, safe nightlife and how Asian people used to consider sending their kids to study in Karachi. In short, he means that “1978” will be a nostalgic movie for all of us.

Also, the songs were also challenging for this as they were made along with the help of the Christian community according to Carol Noronha. But she also thanked how co-operative were the City Lights Production. Not just that the songs of this movie are composed of In-Time which us a Goan Christian Band which shows that talent is still alive over here and no matter what people never forget the beautiful songs. Well, we will also see Zoe Vicaji practicing her melodious voice in this movie and a lot of more talented artists.

Also, the producers also revealed that the movie will be released for our local Pakistani as well and that for free once it broadcast and premiered in all the film festivals. We are really excited about this movie as it seems really interesting. Are you?