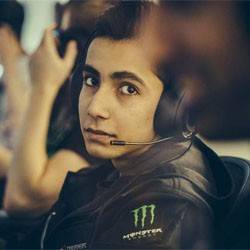 Syed Sumail Hassan aka “Suma1l”, the 20 years old boy from Karachi listed as one of the richest pro gamers in the world with around $3.6 million earnings to date.

Coming from a country where gaming is not appreciated as a profession, Sumail Hassan has made quite a standing for himself. He moved to the United States a few years back, the child prodigy had already made waves in the in-house gaming league for North America. It is there where he was chosen by one of the biggest e-sports team, the Evil Geniuses.

Sumail made history in 2015 when he supported his team, Evil Geniuses’, claim the Defense of the Ancient 2 (Dota 2) Asian championship in China. He played an instrumental role in the team’s success as he was the game changer.

Sumail started playing Dota at the age of 7 and by the age of 16 years, he broke the record of becoming youngest gamer to surpass $1million in eSports earnings, by his first international gaming league.

After his achievement with Evil Geniuses, he joined the Quincy Crew team along with his brother Yawar but he left the group cause of some issues.

Pakistan is home to many gamers, but it is not a gaming house yet like other regions. But we are hoping to see other talented Pakistani teenagers come forward as a gamer, this may sound strange but some professional gamers actually earn way more than our highest-earning doctors and engineers.