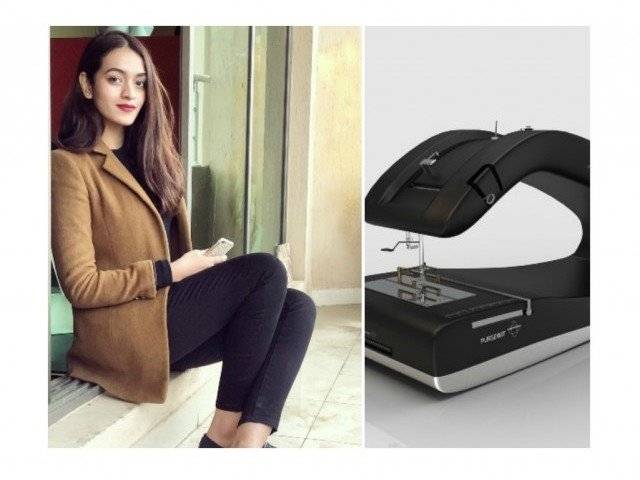 Pakistani young girl Aqsa Ajmal, an industrial designer graduate of NUST School of arts and design hit the history books by becoming the first Pakistani to win the Lexus design award for her project “Purssewit”, a sewing machine for visually challenged members of society.

Lexus announced the 2020 list in the last week of January where out 2042 entries from 79 different countries Aqsa Ajmal was the lucky one to get selected due to her innovative, anticipative and captivated idea. In an interview given to a local newspaper, Aqsa narrated her journey saying it was certainly no walk in the park, she before joining NUST had no idea regarding industrial design and even initial years at NUST was quite tough for her. There were times when she decided to quit but gradually she got settled and things started to go her way.

Aqsa before telling about this project told a tragedy through which her neighbourhood friend had to go through the loss of her vision. She also added that it was the time where she decided that she wanted to do something that will benefit members of society who are visually challenged. Further, she told about her internship experience at EGYPT. After returning home she got to know about the Lexus design award where she applied for it and the rest is history.

She concluded her interview by saying that visually challenged people are also part of society instated of making them dependent and labelling them as so-called “BECHARA” we should motivate them to live a normal active life for which
government and NGO’s should make collective efforts.

The idiosyncratic talents among us should be promoted by us as this will not just help to generate employment opportunities for visually challenged members but will also help to maintain social control and social order in society.
As there is a famous saying,