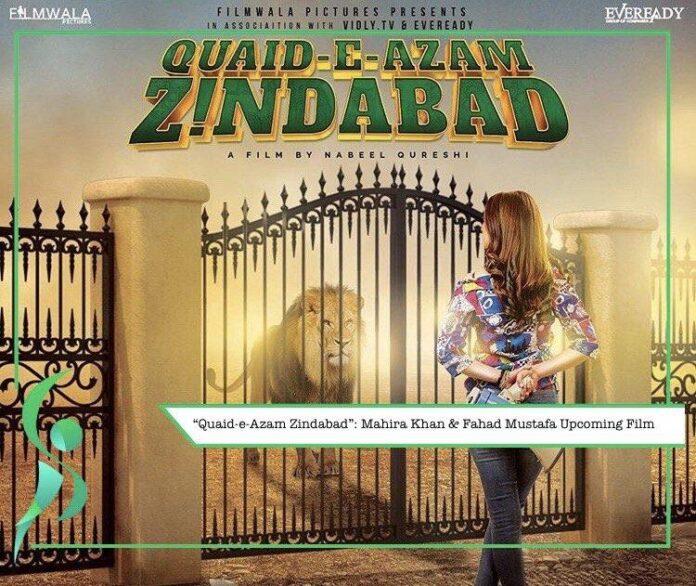 The upcoming film “Quaid-e-Azam Zindabad” will be featuring Raess famed actress Mahira Khan and “Jeeto Pakistan’s” energetic host Fahad Mustafa. Both the actors have been seen together in the Fahda Mustafa’s show and ever since then, their fans were curious to see both of them sharing any project. Apart from the show, their chemistry has also been cool on social media which was fun to see.

Well, the good was confirmed by Mahira Khan a very long ago on twitter on 22 October 2019 about how she will be sharing the screen with Fahad Mustafa and the film called “Quaid-e-Aam Zindabad” is directed by the Nabeel Qureshi and Fizza Ali Mirza.

Well both the actors Mahira Khan and Fahad Mustafa posted the first look of the movie on 14th August 2020. This poster was also an act of wishing everyone Happy Independence Day and telling their fans about the good news as well. The posters highlight was the quote that was written on it saying “Azadi sab ka haq hae”.

Well, only the poster of “Quaid-e-Azam Zindabad” is out till now and the teaser has to still come so that we could jump to the conclusion or the idea behind the movie. It is for sure related to “Azadi of Muslims” or the “Struggle of Quaid-e-Azam”. Whatever it is keep following us as we will be giving you each latest information regarding any news of showbiz.