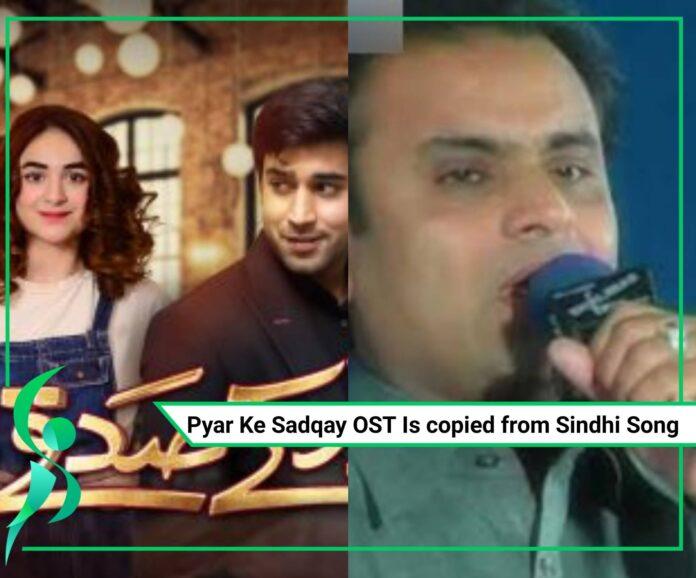 Not Just drama but the  OST of Pyar Ke Sadqay is quite popular which is sung by Ahmad Jahanzaib and Mahnoor Khan.

However, very few people know that the OST of ‘Pyar Ke Sadqay’ is copied from an old Sindhi song ‘Rahat Mile Thi Dard Men’ which is originally sung by Tameer Hussain.

Sadly, Original singer didn’t get any credits or any appreciation after being copied.

We’d love to hear what you think of this. Let us know in comment section or at feedback@showbizpakistan.pk