Home Latest Where does Pakistani cinema stand during the corona pandemic? 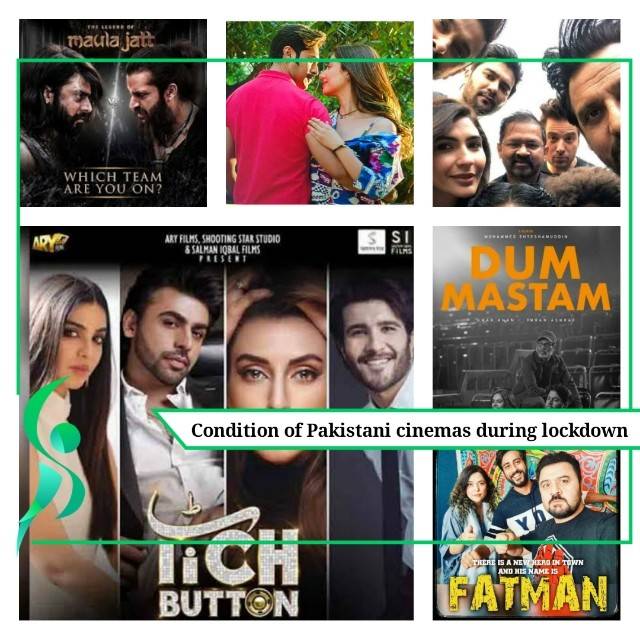 Pakistani cinema is struggling with its revival from the past decade and now when the world is hit by the corona pandemic, the entertainment industry stands nowhere. The production houses that look up to festive and occasions have decided to hold their releases till the pandemic clears.

The films which were scheduled for Eid release were, much-awaited “The Legend of Maula Jatt”, Urwa Hocane s production debut “Tich Button”, “Dum Mustam” produced by Adnan Siddiqui and the list goes on. The directional debut of Faisal Qureshi’s “Money back guarantee” already made a step back from its release, before the viral outbreak of corona disease.

Wajahut Rauf’s “Pardey mai rehny do” was completed by 50% has now stopped its shooting whereas a team of “Ghabrana nhy hai” also wrapped up their shoot after two days of filming. The power pack duo of the cinema Fizza Ali and Nabeel Qureshi also discontinue their production “Fatman” and decided to work from home on post-production of Quaid-e-Azam Zindabad.

The government of Pakistan has imposed section 144 according to which cinema houses are closed until further notice but can Pakistani Cinema survive once this over? On the other side film producers only scheduled their releases on festivals for maximum output. Often the cinemas don’t have any releases and there is a long span before and after Eid. This means that profit earned in these days are also not maximized because audiences pick and choose from the diversity of films.

Producers belonging to the Pakistani film industry should keep their insecurities aside and begin to release their films throughout the year. The corona pandemic is a big threat to the shaky economics of Pakistani cinema and all one can do is to expect that it is over soon.