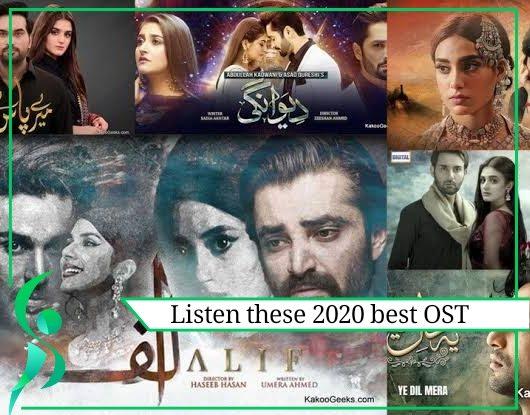 Drama OST are believed to be the essence of Pakistani dramas, they bring great vitality to viewers. Pakistani dramas are already breaking records in viewership but their soundtracks are a step ahead in gathering enormous love especially from the youth.

Pakistani dramas are not awarded solely on staging in Award functions or they win hearts of public only on their screenplay instead Pakistani Dramas create trends because of their OSTs. 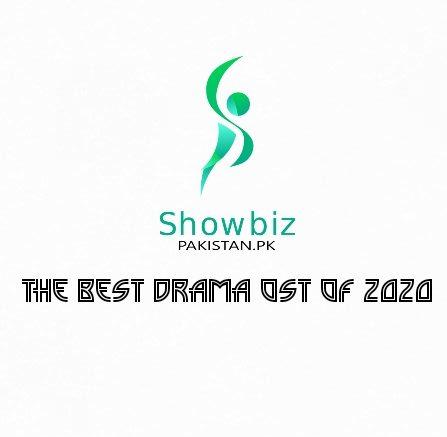 Showbiz Pakistan has gone a mile ahead to bring you the list of most famous OSTs from Pakistani dramas of the year 2020. This list is purely based on public opinion and viewership of the soundtracks on different platforms.

Most blockbuster and sensational drama OST of the year 2020 till now is of (Kahin deep jalay), with over 22M views on YouTube this was the most trending OST on YouTube and SoundCloud. The most famous Pakistani star singer Sahir Ali Bagga has taken its lyrics to a next level with his mesmerizing but powerful voice – a must listen.

The drama OST of Alif secured the second position on this list, its no doubt a lyrical masterpiece combined with amazing composition intoned by all-time favorite Momina Mustehsan along with Shuja Haider. Alike its OST drama serial Alif has already stolen millions of hearts.

Jalan proudly holds the third place in the list of best 2020 drama OST. Jalan is a highly criticized drama serial over its controversial plot but its OST sung by legendary Rahat Fateh Ali Khan is a total opposite. The audience has readily appreciated the magical singing of Rahat Fateh Ali Khan with wow comments.

The drama OST of this drama serial has a separate fan base, though bewafa itself was not very popular, its OST managed to attract many audiences. This soundtrack is beautifully sung by Shafqat Amanat Ali and he has put immense energy into the lyrics that listeners just rush to watch the drama serial.

Last but not the least, Tarap is the latest drama serial on HUM TV and its drama OST is loved by the public because of its powerful lyrics and amazing vocals of singer Khurram Iqbal. Tarap is believed to create new records as it has become a new topic of discussion in town.