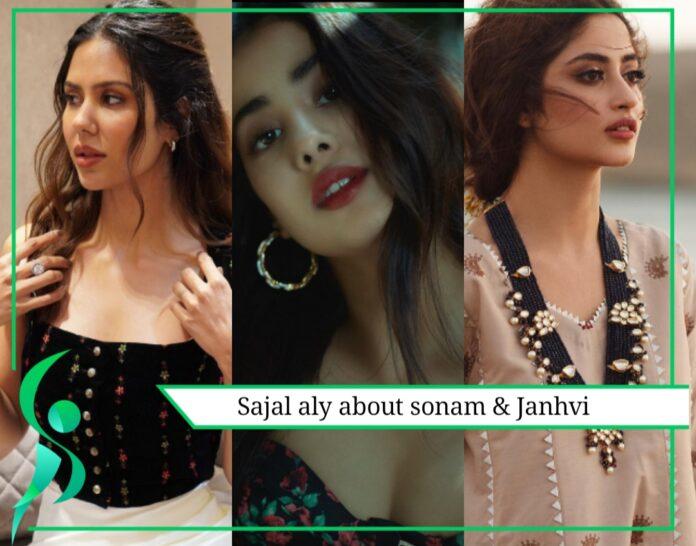 Sajal Aly is a beautiful & popular Pakistani actress. She was born on 17 January 1994 in Lahore Pakistan. She is busy in the promotions of her movie Khel Khel Mein.

In one of her recent interviews, she opened up about her relationship with the actors in India. On Instagram we have often seen Sonam Bajwa and Janhvi Kapoor praising Sajal Aly.

Regarding this Sajal Aly said,

“I have been lucky in this regard, I never share a professional bonding with Sridevi’s family when I was there for work. We had a family like bond, when I went there I lost my mother at that time and soon after her death Sridevi passed away, so I think somethings just happen for reason, may be this love had to stay with me”