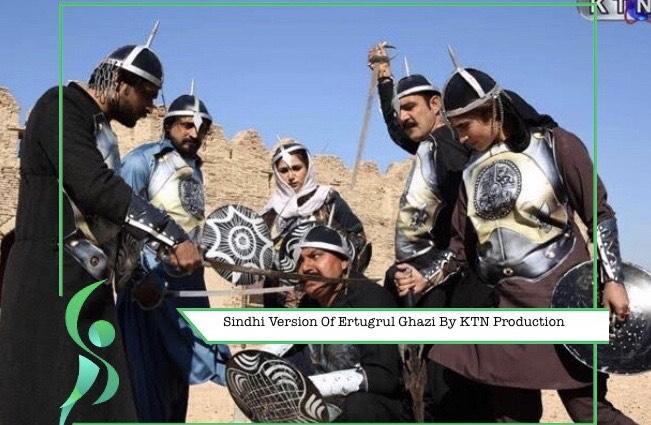 It seems like Ertugrul Ghazi storm and craze is never getting over in Pakistan. It’s more a lot of time since Ertugrul Ghazi has aired on our national networks and gained millions of views but since then Pakistani are so mad over them. There is still any new controversy coming on the internet either related to Ertugrul, their cast or the comments of Pakistani actors over this trending show. And these all thing proves that we Pakistani are not letting go of Ertugrul until its all the seasons released.

Apart from our craze the Ertugrul cast also thanked all the Pakistani virtually via their social media handles thanking us to shower with such an immense love and some them also tried to speak Urdu and wished us, Eid Mubarak. Also, some teams of Pakistan Supreme League are thinking to take the cast members of Ertugrul as the brand ambassador of their teams.

But the story is not it! Now our Sindhi production KTN is also working on the Sindhi version of Ertugrul Ghazi. And honestly, it has left all of us in utter shock as we never saw this coming. Zia Ur Rehman who has verified twitter account broke this news of Sindhi version of Ertugrul is being made. Well, he also added a laughing emoji at the end which kind of made us suspicious.

There is nothing much has been disclosed by the production. So, here is behind the scene picture of Sindhi version of Ertugrul Ghazi and this show will be screened on KTN entertainment. Keeping everything aside we really wish best of luck to the team. Hope it breaks the records like Ertugrul Ghazi did.

What are your comments over the upcoming Sindhi Ertugrul? Do let us know in the comment section.