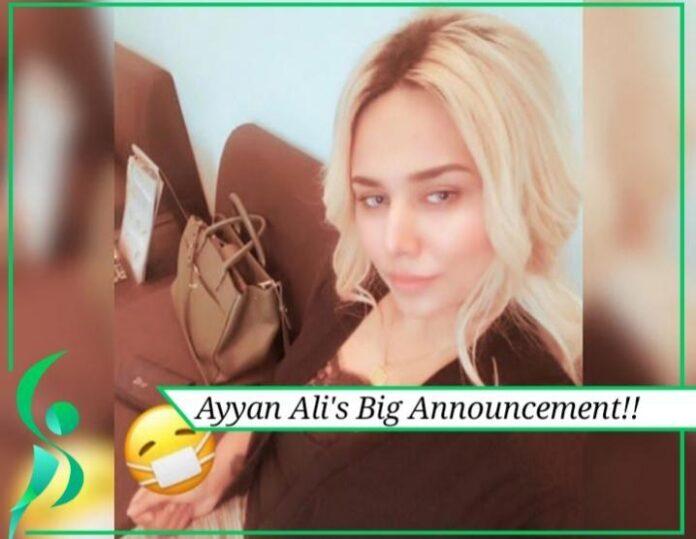 Supermodel Ayyan Ali, who has been accused of money laundering cases abroad for the past four years, announced on social media yesterday that she is returning to showbiz after 5 years, and at the same time, she has decided to release not one or two but seven songs.

Supermodel Ayyan Ali shared a photo with his luxury car, Lamborghini, on Instagram yesterday and said that now is the time to listen to her next seven songs in her favorite car. I just want to make sure that the sound of these songs is right or not so that you can all enjoy my hard work. Supermodel Ayyan Ali also said that these seven songs will be released in a week or a maximum of two weeks.

It may be recalled that Ayyan Ali had also posted on Instagram 4 months ago and while informing the people about her song “Earthquake” said that she was happy to say that my song which was released 5 years ago is still popular today. I am very popular. The song has over 30 million views on SoundCloud and over 15 million views on YouTube.

It should be noted that Ayyan Ali was arrested on March 14, 2015, from Islamabad Benazir International Airport while smuggling more than 500,000 dollars to Dubai. The court later released her on bail, after which she went abroad, but despite being summoned dozens of times, Ayan Ali did not appear in court in the currency smuggling case. As a result, Ayyan Ali has been declared a fugitive and her apartment has been confiscated.