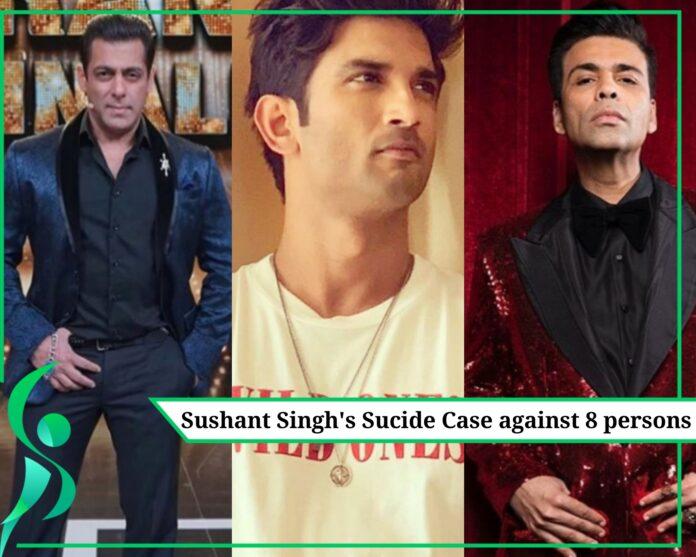 Since the suicide of Indian actor Sushant Singh Rajput, voices have been raised in the industry against nepotism and ill-treatment of many actors. A case has been registered against eight celebrities including Salman Khan and Karan Johar.

The men have been accused of forcing Sushant Singh to commit suicide under a conspiracy. He was not allowed to release his films. Sushant was forced to take extreme measures, this is not suicide but murder.

Reacting to the news, producer Ekta Kapoor wrote on Instagram that “I am worried about such conspiracy theories which have no truth in them, how can such news be spread”.

“Thanks for the case, even though I was the one who introduced Sushant Singh,” she said. The truth will come out. ”

Sushant Singh, who started her career on TV in 2008, had her first drama, “Kis Desh Mein Hai Meera Dil”, after which Sushant gained immense popularity with “Putra Rashta”, both of which were produced by Ekta Kapoor.

It may be recalled that Shant Singh Rajput, a 34-year-old actor in the Indian film industry, committed suicide on June 14 at his residence in Mumbai, India. The documents obtained by the police from the actor’s residence show that he was suffering from depression and was undergoing treatment.

On the other hand, actor Saif Ali Khan has expressed frustration over the people he thinks are showing concern for social media to look good.

The actor also expressed his displeasure over the fact that this moment is being used for mutual animosity. Stop making noise and give some dignity to Sushant.

“There are a lot of people who have been quick to comment,” Saif said. And I think people are taking advantage of this tragedy. Whether it is a show of sympathy, an expression of interest, or a political move. A lot of people are talking nonsense on social media and I think it’s really embarrassing. “