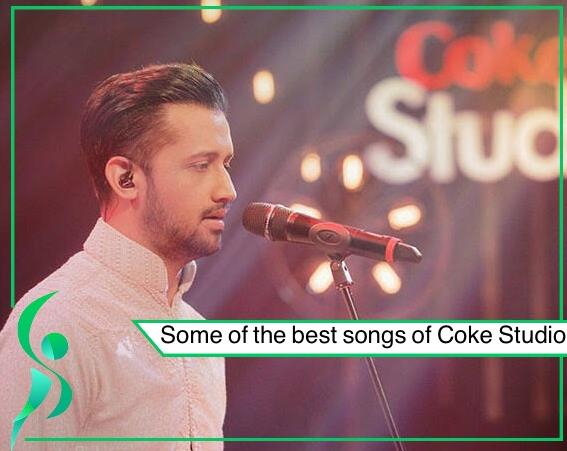 Taking Pakistan’s music industry to unique heights, ruling the music library of people not only in Pakistan but worldwide too. The musical journey that started off with Rohail Hyatt,by Coca Cola in 2008 is now a global phenomenon currently going in various countries.

Coke Studio is giving a chance to the singers of different genre to come and unite at one platform and it has been responsible for some of the best music to come out of Pakistan since the series started back in 2008. Here comes the list of the most popular,memorable and indelible songs sung by various artists in Coke Studio:

Produced by shuja Haider, one of those amazing songs of classic hit from early 2000, also written by Shuja Haider, beautifully sung by Asim Azhar and and Momina Mustehsan in Coke Studio season 9. This song has 140million views.

4. Man Amadeh Am by Gul Panra and Atif Aslam

Debut appearance of Gul Panra in Coke Studio with Atif Aslam. This song has 90 million views and at number fourth in most popular songs list of Coke Studio.

Audience just loved this classic wedding song,sung by two amazing singers Umair Jaswal and Quratulain Baloch in season 08. This song is on number 5 with 44 million views.

This song is still ruling the music list of all of us, such powerful vocals of Aima and Sahir just make this song to be play again and again. This songs has 38 millions views.

Came out in Coke Studio Season 9, made some special status in the heart and mind of qawwali lovers. This soulful qawwali sung by Amjad Sabri and Rahat Fateh Ali Khan has received 31 millions views.

Song has pop touch with folk tunes and a great hit of Coke Studio season 10,sung by Farhan Saeed and Quratulain Baloch and received 29 millions views.

Tribute given to Nusrat Fateh Ali Khan in Coke Studio season 12 , the melodious and soothing voice of Atif is admired by the fans. Wohi Khuda Hai received 28 millions views.

Both singers put their soul in the song, the soulful performance of this song is done by Rahat Fateh Ali Khan and Abida Perveen in Coke Studio season 7 and this song received 28 millions views.

Do mention your list of top 10 best songs of Coke Studio below!