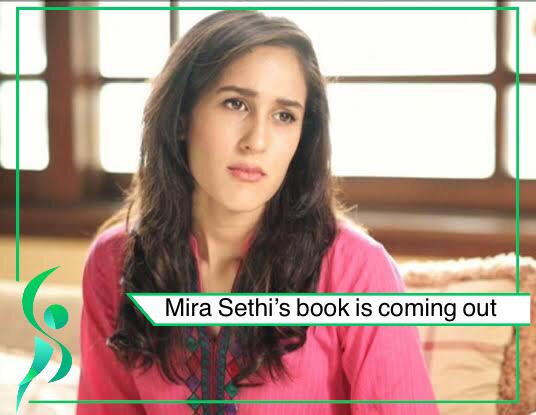 Mira Sethi, a very well known actress, model and now she is all up to rove into a new field as an author. After completed her studies in UK and America, Mira came back to Pakistan to pursue her acting career.

She worked as an assistant book editor at The Wall Street Journal and also shared her talent for different newspapers, and finally she is all prepared to release her first book.

In a recent Instagram live session with her aunt Moni Moshin, Mira Sethi gave out the news of upcoming release of her new book. Talking about the story and characters , Mira didn’t disclose the exact story but she did mention that the book is going to be the cluster of short stories covering different subjects, she also mentioned that most of the characters are young and she also included two short stories that revolve around the life of female politicians, after being getting inspired from her mother.

Release date of book continued to be delayed due to some unforeseen circumstances and now it would be released in April 2021.