Home Drama The censored scenes of Jalan, what does Aabis Raza have to say? 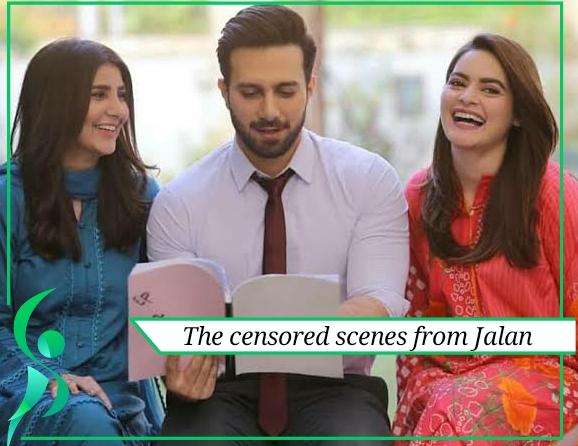 Since the drama Jalan started to air on ARY Digital, it has stirred up quite a controversy among the watchers. The dislike towards the drama went up to such an extent that at one point PEMRA had considered banning the serial for it’s controversial content that questions the values of marriage in Pakistani society. But instead of banning the whole drama, some of the scenes were censored from it that were considered too sensitive for the audiences. Keep reading to know what the director Aabis Raza has to say for this situation.

The censored scenes of Jalan

Raza told us that it was due the censored scenes in the drama that the character of Asfandyar (played by Emmad Irfani) was not explained properly. He added that it was not easy to woo “Asfi” as he was supposed to be portrayed as a guy who was just not attracted by bitching, he was the kind of person who might have corrected her (Nisha). He further told that Asfandyar was ready to go back to Meenu (played by Areeba Habib) but Nisha’s strategies had completely twisted his personality and point of views in the drama.

He furthermore added that if all these realisations that Asfi had would have been censored, Asfi’s character would have been considered by the public as a bad one! He also told that Emmad Irfani often messages him asking about the important scenes that they worked so hard on being censored or cut but Raza thinks that he saves the character’s screen time with his “swag”

Watch the whole interview below.

What are your thoughts about the drama? Let us know.