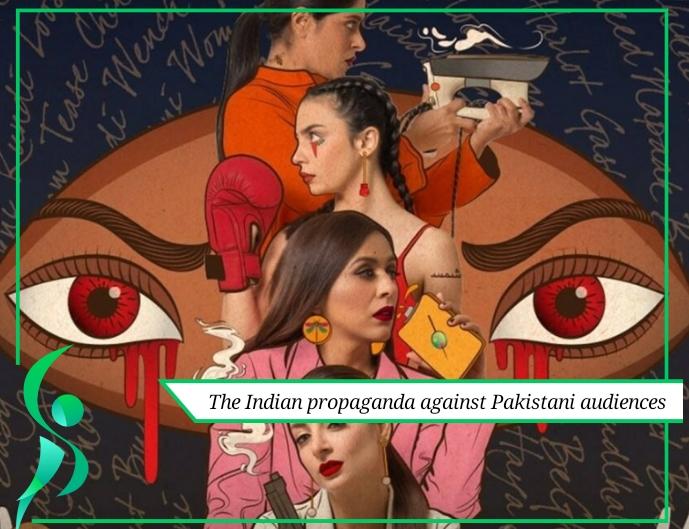 Another day another drama! It’s not a new news for us nowadays when we hear about PEMRA banning something on the Pakistani TV channels every now and then but right now it is under fire for being responsible for something it has no control over. We can definitely call this an Indian propaganda against Pakistani audiences. The people are enraged over a clip from the Pakistani dramas “Churails” that has stirred up quite a scene in the media world. Keep on reading to know about the whole situation.

Recently a clip from the web series “Churails” has started to make rounds on social media where Ms. Hina Khuwaja Bayat is explaining how she got where where she is in her career by giving “handjobs” to her boss two times a day. This kind of vulgar talk is obviously something that the Pakistani people are not used to seeing or hearing from their actors. And as one should be, it made the people furious when they started to realise the kind of non sense the Pakistani actors were spewing.

To express their disregard towards the situation, the Pakistani people took to all social media sites and started demanding PEMRA to ban such content from being aired on our outlets. Unfortunately, their efforts were fruitless as PEMRA cannot take notice against this web series as it is being aired from and Indian channel “Zee5” and it can only be discontinued if the Indian media decides to cancel it.

Although PEMRA is always bashed for not monitoring and censoring Pakistani content properly but this time everyone should be aware that they are not to be blamed here for what has been happening. We are pretty sure that if they had the authority in this situation they whould have surely banned this atrocity as they did with the GALA biscuit ad that has Mehwish Hayat dancing around for no reason.

What are your two cents on this whole fiasco? Let us know in the comments.

Visit our web page for more Lollywood news and updates!