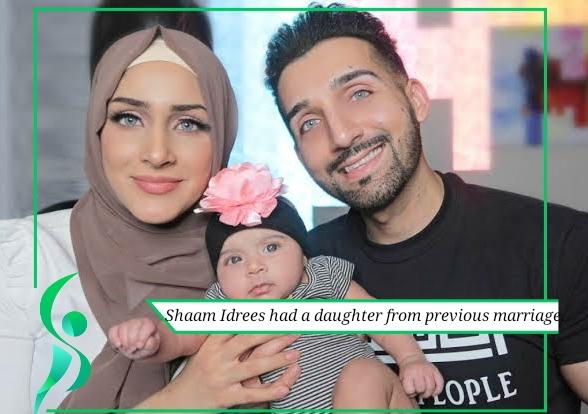 Looks like Canadian born Pakistani vlogger Shaam Idrees is in the news again. And, this time for introducing his daughter named Dua Idrees, from his first marriage.

The famous vlogger Shaam Idrees married his fellow YouTuber Queen froggy (Sehar) in Jan 2019. The couple was blessed with a baby girl named Sierra Idrees, earlier this year. The duo, famous for their absurd pranks, has now made another announcement related to Shaam Idrees’s first daughter, who is too a content creator.

The daughter named Dua Idrees is 10-years old and was introduced to the world by Shaam in his latest blog. He quoted, “I’m gonna take you back to 2010. I was 19 or 20 years of age, fairly young. I didn’t know what I was doing, but I decided to get married. Of course, it didn’t work out. Within a few months, we decided to end it and go our separate ways. However, a few months after that, I found out I was having a baby. On September 10th, 2010, I had a baby girl.”

Adding on, he also told the reason for keeping away Dua from his social media following. He said, “When I began blogging, my daughter was six years old, and at that time, it was important to decide if I keep her on social media or take her completely off. Now we celebrated her 10th birthday. I know 10 is still fairly young, but I gave her the option and asked her if she wants to be a part of this industry, and she is very excited.”

On that note, Dua has stepped on social media platforms. She has officially signed up for YouTube and Instagram and already gained a fan following 30 K. The first daughter of Shaam Idrees will now be seen in her vlogs, alongside his wife and another daughter.

With that announcement, fans started to speculate if it is a prank on not. But then again, only time will tell the truth. What do you guys think? Let us know in the comments below.