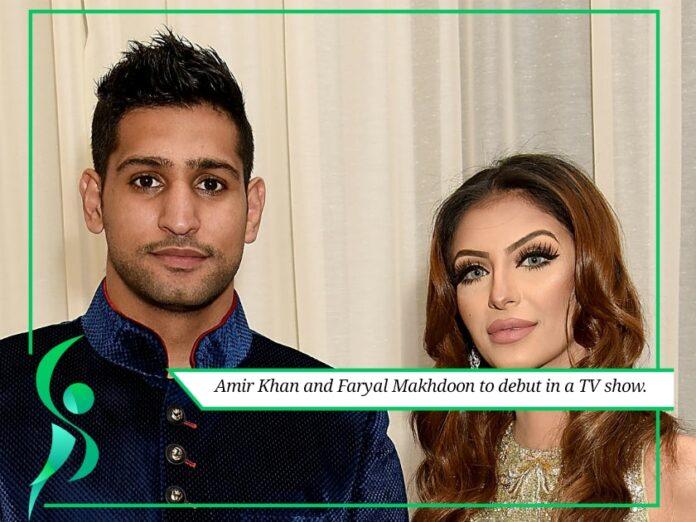 The British born Pakistani couple, Amir Khan and Faryal Makhdoom has decided to step in the world of entertainment, by marking their debut in a TV show titled ” Meet the Khans.”

From the make-up to break-up story, leaked explicit videos to baby births, and family drama, there is nothing Khan’s can’t do. And, looks like they are ready to give a sneak peak of their busy lives to their fans.

Yes, you read it right. Amir Khan and Faryal Makhdoom have decided to mark their debut on a TV show, streamed by BBC network. The announcement was made by Faryal on her social media account, where she wrote: “Excited to announce our new reality TV series Meet The Khans — coming soon on BBC Three. Who’s watching?”

The show will shed light on the dynamics of their relationship, as they juggle between their respective careers, pressures and a young family of five. The documentary will be shot in Amir’s home town, Bolton.

Earlier, an announcement was made by BBC Three controller Fiona Campbell, at a session for the Edinburgh TV festival. The host told the titles of upcoming shows that will be broadcasted by the channel. The show is rumored to be inspired by “Keeping up with the Kardashians”. Furthermore, the Amir Khan and Faryal Makhdoom recently turned into a family of five, after giving birth to a baby boy.

Are you excited to meet the Khans? If yes, let us know in the comments below.