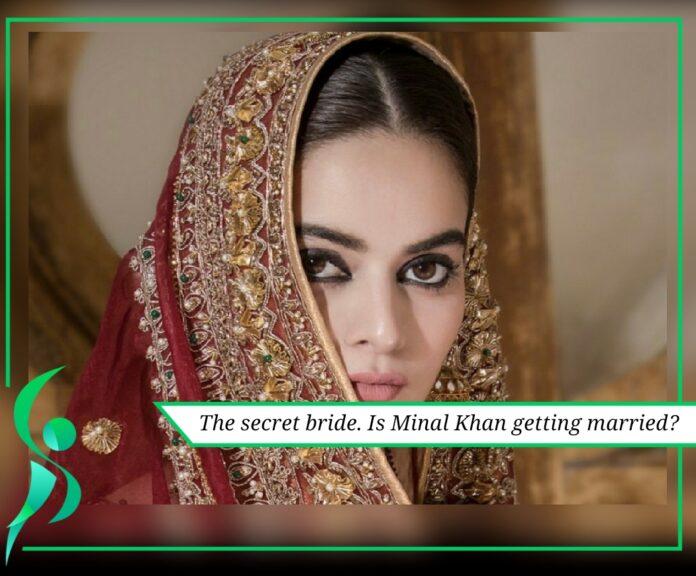 We have seen that Minal Khan and Ahsan Mohsin Ikram have sparked romance rumors in the past few days. Both have been seen commenting lovey dovey remarks on each other’s Insta posts and it has now become obvious that the two are in a relationship. But this one photo posted by Minal got everyone thinking if she is the next secret bride like Sana Javed!

The Secret Bride. Is Minal tying the knot?

Minal posted a photo of herself and her mother and sister in which their faces were covered in Ubtan with the hashtag #weddingbells. This made the fans think that it was Minal that was tying the knot with her beau and everyone got pretty excited about the fact that it was Minal’s turn to get married!

But unfortunately, it is not Minal that is getting married 🙁 This was click from Aiman and Minal’s cousin Sarah’s wedding. But we would have been over the moon if it was Minal who was getting hitched.

When do you guys think Minal will be tying the knot? Are you impatient for her wedding as much as we are? Because we would love to see how stunning Minal would look at her wedding ceremony! We just hope she does not become a secret bride too as we would also love to keep up with the festivities of her wedding as we did with Aiman.

That is for our article today. Keep up with the latest lollywood news and updates by following us on the Gram!