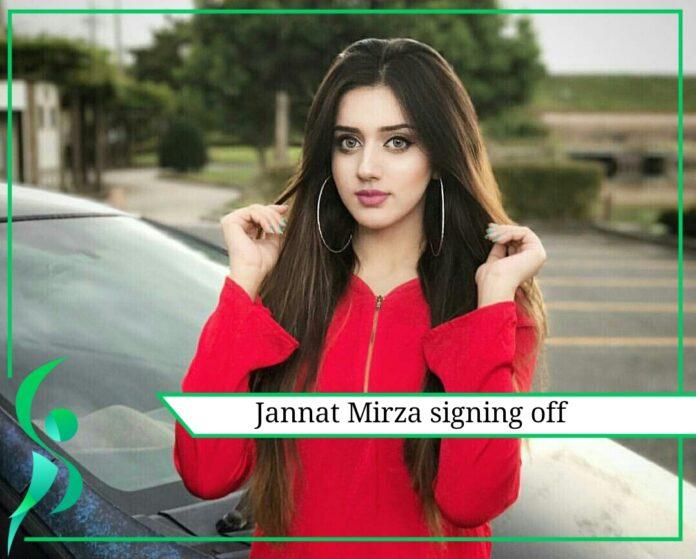 Beyond a doubt, Pakistani most popular TikTok star Jannat Mirza, having a massive fan following 8.4M, is signing off from the TikTok App suddenly, and her fans are anxious as to why?

Jannat started her journey from TikTok, but today she is acclaimed in Lollywood and Bollywood too. According to sources, Jannat Mirza was offered to star in movies by producers from both film industries, but she turned down the offers for reasons yet unknown. She had made her debut in Showbiz through Bilal Saeed’s recent song video of ‘Shayar.’

Most people enjoy her TikTok videos, but recently she hinted that the TikTok app is neglecting her videos. She claimed that being the most followed TikTok star, her videos are not reaching many audiences.

After she suspected that she is shadowbanned from TikTok, Jannat Mirza used her Instagram to inform her fans that she’ll be signing off from TikTok as she is unable to post any videos further.

Distress is seen among her fans, as their alluring TikTok star is quitting all of a sudden.