Home Celebrities Ushna Shah wishes to be a Kangana Ranaut 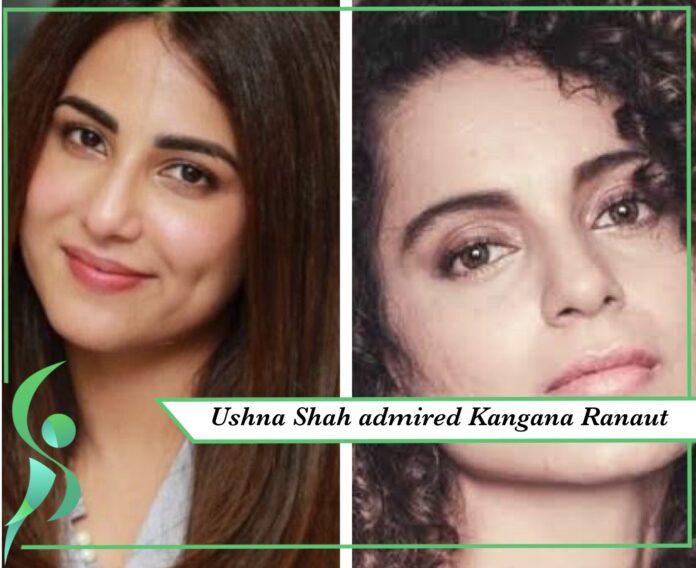 Ushna shah, a very popular and very well known actress has potential for saying things that would stir up the social media.

Usnah shah, being a true artist she admired kangana only becuase of her acting skills and her professionalism.
The said statement was a reply to a user on one of her tweets that asked whether “Ertugrul was this huge of a hit in Turkey and other countries or just Pakistan?”

One Twitter user stated in the replies, “Ushna I think you will be the future Kangana Ranaut of Pakistan,” to which she replied, “I wish! She’s a brilliant actress.”

Ushna Shah’s recent tweet left Pakistanis in confusion and some of them relating Usnah’s tweet with kangana by keeping her acting skills in mind.

Others talk by keeping Kangana nationalist approach in mind. She is big fan of Modi’s ideology “She’s a Hindu nationalist who hates Muslims!”wrote one user. Another said, “Brilliant actress but a very problematic personality.

Some of them also mentioned Bushra Ansari and Halima Sultan of Ertugrul for getting some true inspiration.

What would u guys think of Ushna Shah’s recent tweet??