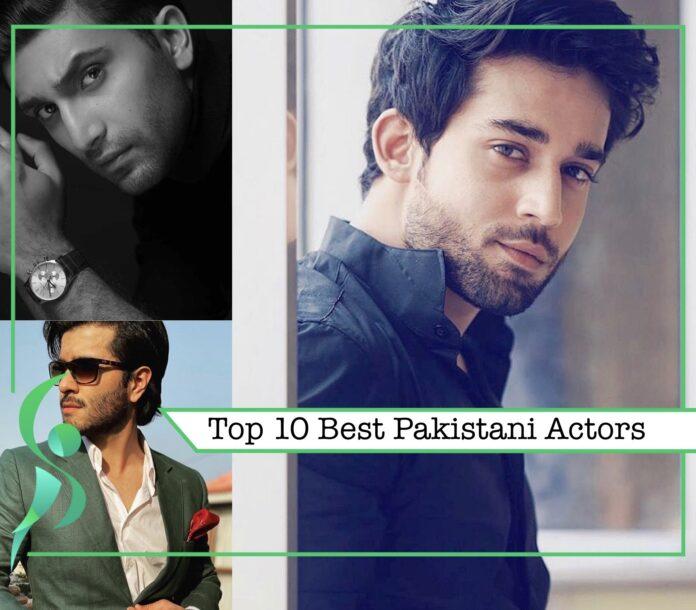 Pakistani Actors have been winning the hearts with their chic looks, superlative performances and meek attitude towards everyone. Not just that everyone is drooling over the outstanding roles they are playing on the screen with much dedication and effortlessly at the same time. Some actors are loved for their films, some for their activeness on social media and sweet gestures towards and some for the live shows and more.

According to the presentation and activeness for the past few months. Some of the top 10 performers are:

No matter how many newbies enter in this industry but no one can give a tough competition to our forever favorite hero Humayun Saeed. He’s been proving his talent from so many back to back hits. His latest drama “Meray Pas Tum Ho” has crossed all the records of the drama industry which ultimately proves that no matter what but no-one can play the role of ” Danish” better than him. Not just his acting skills but his sweet gestures also inspires his fans the most.

It is safe to say that Bilal Abbas is the heart throbber of most of the girls. Along with his jaw-dropping personality he never fails to inspire the audience with the selection of new scripts. He has done Ah-mazing acting in one of the best Pakistani dramas “Cheekh”, and now the actor is back with another yet opposite role in “Pyar Kay Sadqay”. Not just that he is all set to grace the screen in the future as well. We love to watch him and want to see more of his hidden talents.

“Gentleman” is the word perfect for Emmad Mafani, not with just the looks but with his sweet signaling as well. He is one of the most charming personalities, the actor just initiated his latest drama “Jalan” where we’ll see him playing mischievous role. And we are sure that by the end of this drama his fan following will be insane.

Discuss about perilous role and Zahid Ahmed will be up for it. You will never find Zahid Ahmed playing similar roles a lot , he always opts for the innovative roles and always does justice to the character.

With his pleasing personality as the actor, Zahid Ahmed has now chosen the path of Youtube as well. Where you will find him talking about all the odds that happened in his life. Not just that he’ll try to bring his viewers closer to Islam according to his experiences.

With his back to back hits Ahad Raza Mir is truly one of the sensations of Pakistani Dramas. The actor is just done with two successful dramas “Ehd-e-Wafa” and “Yeh Dil Mera”. You can’t stop yourself from just adoring the chocolate boy of our industry. Recently, he got married to the actress Sajal Ali and #sahad fans are more than happy.

Feroze Khan is the boss of aggressive characters and he definitely does know how to ace them. Apart from that, his affection towards religions and his perspectives over life also inspires most of us. And he never fails to mesmerize with his charming looks.

With being talented actor Affan Waheed is also a very humble person and that’s what we like the most about his. He is one of the growing personalities of upcoming days and he’s proving it with his skills of talent. Down to earth is the perfect word to define Affan Waheed.

Well talking about best actors and not including our Rockstar Farhan Saeed is quite not possible. Only he knows how to manage killer looks, melodious jingle and fascinating acting all at one one time. His performance in “Suno Chanda” was undoubtedly the best. And we missed him on screen this Ramadan as well.

Imran Ashraf is for sure giving the tough competition to all our other actors with his surprising selection of characters. He loves to do what he does and gives his 100% which can be seen clearly on the screens. Apart from his acting and innocent looks his interactions with everyone through Instagram fascinate all of us.

Ever so dynamic and vibrant Fahad Mustafa never fails to win thousands of hearts not just by his movies but as a host as well. He is the most frank actors ever and with his dashing personality, he looks cooler.