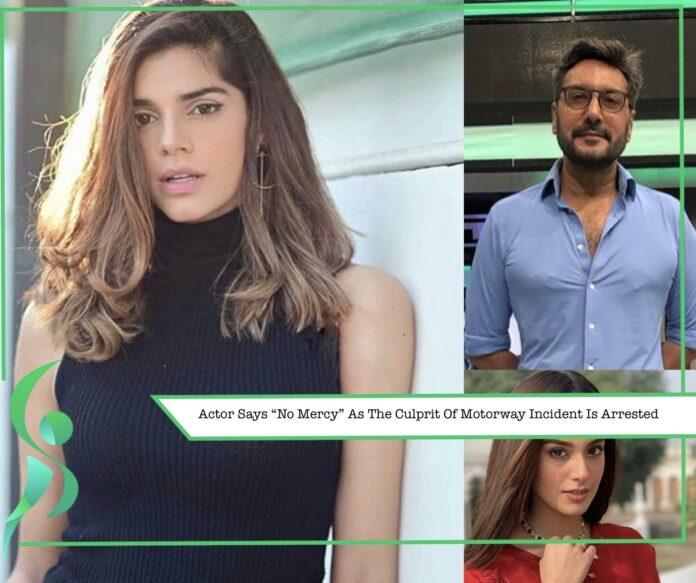 Recent tragic motorway incident has been the saddest incident for us Pakistani and above all the homo sapiens. This incident was a wake call for all of us that just posting posts on social media of every second rape case we hear is just on it. Certain laws, decisions, and punishments should be made for these monsters. So, that this unwanted, unethical, and inhumanly act comes to an end. Everyone rose as much as the high voice that can over this motorway incident almost all of our Pakistani celebrities also came forward, showing how furious and shocked they are over this incident.

Many famous celebrities like Mahira Khan, Ayesha Omer, Sara Khan, Yasir Hussain, and so many others went on a March against this cause and for the justice of attacked women in the Lahore Motorway incident. Which was highly appreciative. And Showbiz Pakistan thinks that it is just due to our anger, outrage, and voice that the Lahore police apologize for their lame remarks and opinions.

Post to this incident has been quite long since we couldn’t hear anything regarding the culprit and the punishment for them despite the fact the Prime Minister Imran Khan announced the punishment for rapists. But now recently, we heard the incident arrests the primary culprit of the motorway incident “Abid Malhi,” and we are nothing but happy, and so are the Pakistani celebrities. But here is a reminder, and that is, “This is not it!” There is a lot more to happen, a great lesson for all the rapist it still has to prevail, and above all, justice shall pass.

Actors Respond To The News Of Main Culprit Of Motorway Incident Gets Arrested:

While few of Pakistani actors were happy listening to it but it was happy to see the others. Who wanted full justice and those were Iqra Aziz, Sana Saeed, and Adnan Siddique. all these three Pakistani actors from there tweets expressed how happy they are as the culprit got arrested but they still demands for the justice. And seeing the popular figures being stagnant towards such important cause makes our heat happy.

If someone who knows how to convey the point and that too rightfully then it is no one than Sanam Saeed. We are loving this activeness of Sanam Saeed on the social media platforms. She is new seen a lot more raising voices on the social causes and her words have always been inspiring in every aspects.

The “Zindagi Gulzar Hai” famed actress tweeted on her twitter handle: “Shukkar. May justice prevail. May this case set the tone from now on. Zero tolerance for such heinous acts. Whatever punishment is decided it must aim to be a major deterrent. May this case prove to be more effectively dealt with than cases in the past.” She clearly wants justice and an effective justice. Also, she don’t want past to be repeated again and never from onwards.

We absolutely loved the quote Adnan Siddique phrased in his tweet “Justice delay is justice denied.” Couldn’t agree more to it. Adnan Siddique knows how to be best and on point words. He tweeted, “Now that the main accused of #lohormototway rape is in police net, may we please ensure justice is time bound. As they say justice delayed is justice denied @imrankhanPTI. Exemplary punishment to the act as a deterrent to this heinous crime.”

What we more liked about his tweet is confronted the prime minister directly by mentioning his. Adnan Siddique demand an effective justice and nothing else for this motorway incident.

Being the wife of most outspoken figure of the Pakistani industry for any sort of cause Iqra Aziz Hussain herself also knows the best to raise her voice for any serious issues. You will se Iqra Aziz pointing out educational and serious issue more than any other and we seriously appreciate that. She posted the picture of the primary accused in the case of Lahore motorway incident and told the news to her following of him being arrested.

She summarized all ours feelings and words in this short sentence in her tweet, “The law must prevail – zero mercy!”

These were few of the actors seeking for justice in the best way. What are your thoughts and demand regarding this terrific incident? Do tell us in the comments sections!