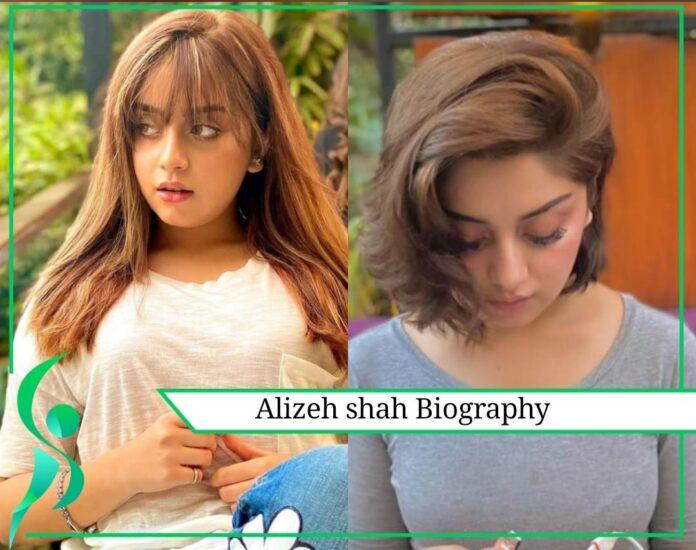 Alizeh Shah is a very famous name in the Pakistani drama industry. She is among those lucky actresses who got fame at a very young age. She is not only an actress but also a model and VJ. Alizeh Shah is beautiful, talented, and very professional. With black eyes and brown hair, she has a fair complexion. Her eyes are very prominent on her face that attracts more fans. Alizeh shah hot pictures have made her fans crazier.

She was born in the very famous city of Pakistan, which is Karachi. Alizeh Shah date of birth is 9 June 2000. Now, she is 21 years old.

Aliza Shah made her debut at the age of six along with Wasim Akram in a commercial. As a supportive role, she first appeared in Choti Si Zindgi in 2016. The most famous supportive role that gave her fame was as Palwasha in Ishq Tamasha.

In 2019, she appeared as a supporting character with Mahira Khan in the film Superstar.

Alizeh Shah got the 7th HUM Award for a sensational female character in 2019. In the same year, she was nominated for the supportive role as Chutki by Pakistan International Screen Award in Superstar.

Dulhan aur Aik Raat is her new web series by Urduflix. In this series, she has a leading role against Daniyal Afzal Khan. Another latest drama that has hit the television is Tanaa Banaa by HUM TV. In this drama, Danyal Zafar is working as a co-actor. According to the teaser, Tanaa Banaa is a romantic comedy that would be aired soon. In this series, she is playing her role as Zoya.

The last Instagram post was shared on 7 April 2021. In this pic, she is posing for a script Tanaa Banaa. The clothing for this shoot is from CYAN, a clothing brand.

Alizeh Shah has completed multiple shots with different brands. Recently she has completed a shoot with Asim Jofa for its cloth collection. Before that, she completed a photoshoot for Maryam Hussain.

Recently, Alizeh Shah was done with a bridal shoot by Kashees in a show. Before that, she has done various other hot bridal shoots.

Noman Sami wished her in a very lovely way on her 20th birthday. They seem to love each other as Alizeh Shah also praises him more.

Plus, last year strong rumors were circulating on social media about the marriage of Alizeh Shah with Imran Abbas. Both the superstars had worked as the leading role in a famous series, Jo Tu Chahy. But Imran Abbas has announced this news baseless. According to him, these are just rumors that have no solid base.

Alizeh Shah Instagram account is filled with pictures and has 3.1 million followers. In the latest pictures, she seems to have short hair. This hairstyle is suiting her a lot and makes her hot. Her Instagram account has 267 pictures.

She is following 29 people on Instagram. Amazingly, she is not following Noman Sami. But Imran Abbas is present in her following list.

In addition to Instagram, Alizeh Shah is also very famous at Tik Tok. She has beaten other tick tokrs with 1.7 million followers. At the same time, she is following just one. Her overall likes for all the videos are 9.2 million.

She has uploaded her latest tik tok video six days ago that has gain 10.9 K likes. Total comments for the same video are 104.

The first tik tok video was uploaded in 2018 in which the long brown hair is adding attraction with the simple face. The total likes for this video are 32.8 K and have 189 comments.

A couple of months ago, social media got loaded with Alizah Shah Scandal. Actually, they got a leaked picture in which she is looking very casual. After these photos getting viral, Alizah Shah has rejected all those pictures.

In this tough situation, Noaman Sami has supported her a lot. After settling down this situation, she thanked Noaman Sami for such support. She uploaded a post and tanked him publically.

In the coming days, the story of Alizah Shah and Noaman Sami took an unexpected turn when both unfollowed each other on Tuesday evening on Instagram. After that, their fans thought they have ended up their relationship.

But, the breakup has not been verified by any of the two. Alternatively, Alizah Shah shared her picture with a kitten. This cute photo showed that she was okay after unfollowing Noaman Sami.

Afterward, people had seen her with Imran Abbas. It was later confirmed that they were together for a project. There was no chemistry between them.

In short, Alizeh Shah is a versatile actress with amazing talent. On one side, she got fame by exploring her brilliant performance. While on the opposite face, she was criticized and falsely accused.

It is fact that multiple actors and actresses are hit by false news. But, Alizeh Shah has dealt with this situation with great excellency. She is mature at such a young age and has a great talent to deal with any unexpected situations.

She is among those famous actresses, without which the drama industry incomplete. In the end, she is a great example of the talent that every industry should have. 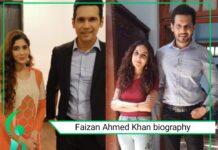 Faizan Ahmed Khan: Who is he? The new face of Drama industry? 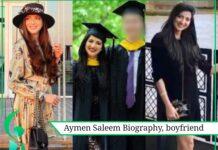