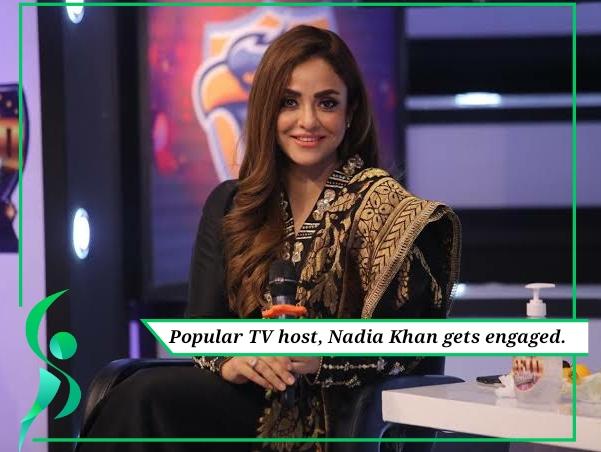 The celebrated TV host, Nadia Khan reportedly gets engaged for the third time. The engagement ceremony took in Islamabad on Thursday, while fans speculate about the lucky man.

According to sources, the name hasn’t been revealed but, he happens to be an Airforce pilot. Additionally, the wedding is going to take place in upcoming weeks. For this reason, Khan is seen trying bridal outfits at her designer friend’s studio.

The 41-year-old actor, producer and host par excellence, Nadia Khan was never shy to talk about her previous marriages. She has spoken about her abusive marriages, without getting emotional on national television. She has survived through it, and now raising three kids on her own.

Khan with her children in pictures, below:

Khan started her career in 1993, on PTV but, gained popularity from her morning show, titled ‘The Nadia Khan Show.’ She has also appeared in drama serials such as Aisi hai tanhai, Kam zarf, Bandhan, etc., and was applauded for her powerful performance. Currently, she is hosting a morning show on PTV.

Well, Nadia Khan hasn’t confirmed anything. But, we surely wish her the best of everything for her upcoming future. Congratulations on your big day, Nadia!

Offer your best wishes in the comments below.