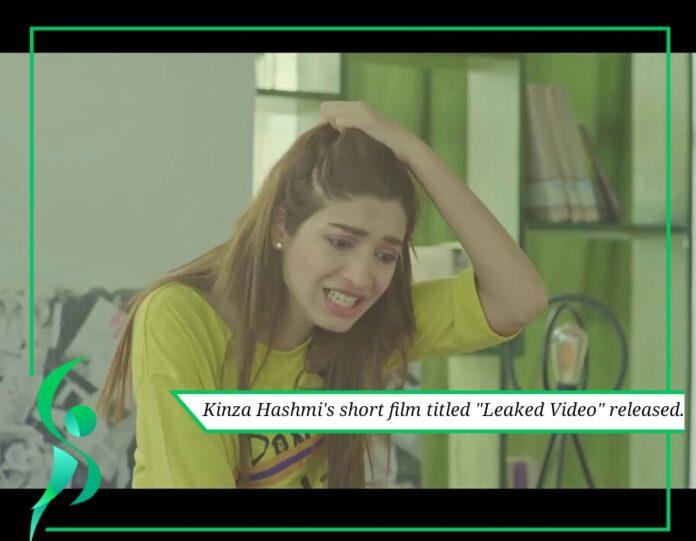 Kinza Hashmi’s short film titled “Leaked Video” was released recently on YouTube.
The short film is of 13 minutes and is directed by Aabis Raza.

The director is worth praise for tackling a social issue that has seen an exponential rise in the recent decade.
One of the most heinous cybercrimes in Pakistan is doxxing which relates to “documents dropping”.
Various Pakistani celebrities including Hareem Shah, Sarmad Khoosat, Qandeel Baloch and Marvi Sirmed have been a victim of this.

By directing the short film “Leaked Video”, Raza takes presents a unique narrative
The short film is produced by Elemants Prime and is important for Pakistani women as it features witty twists and certain reminders.