Home Recent Posts Armeena Khan lashes out at Shaniera Akram for ‘gaslighting’ her. 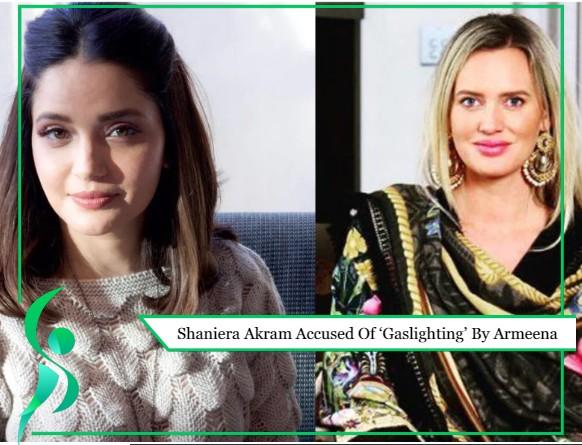 Armeena Khan, a Pakistani Canadian film & television actress, and model have been a constant victim of massive trolling ever since the start of her career. Despite being at the receiving end of relentless trolls, Armeena has rarely ever lost her cool. However, events took a different course when the actress took to Twitter and lashed out against Shaniera Akram.

It appears that actor Armeena Khan has a bone to pick with  Shaniera Akram. In a series of tweets some of which have now been deleted, Armeena Khan lashed out at the social activist over an old spat between the two.

The Janaan actor initially called out Shaniera for blocking her instead of taking down a particular tweet.

“Wow, unfollows me quietly, could dish it out to me but couldn’t take it back. I knew she was going to do it. Lady, you’re just another woman with a white savior complex. I asked her to take the tweet down nicely and she didn’t when I deleted mine,” Armeena said.

Moving on, Armeena retweeted an old post about mental health awareness by Shaniera, accusing the latter of not walking the talk.

” Did you care about mine when you could see that I was being dogpiled on by your followers and I kept asking you to take it down? You didn’t and you allowed me to receive abuse,” Armeena said.

While the Sherdil actor didn’t explicitly mention the tweet in question, she did hint that it had something to do with Shaniera making light of the former’s fear of Geckos some months back.

“Imagine someone gaslighting you over your phobias and telling you how to feel. Like, go away why don’t you? And then an ego the size of a building. Loser!” Armeen had posted after unfollowing Shaniera.

At the time Armeena Khan had posted about her fear of geckos. Shaniera threw shade at her by ridiculing the phobia in general.

Furthermore, Armeena talked about how the majority of the public might not support her in this conflict.

The controversy brew again this time as Shaniera posted a status regarding the mental wellbeing of those around you and tried to break the stigma associated with mental health.

Apparently the tweet in question was of Shaniera generally mocking Pakistanis on being scared of gecko (small lizards); and Armeena too had shared her phobia with the reptile around the same time.

Soon after, Armeena deleted the tweets. She did not say what exactly happened, so it is unclear what prompted her to send the tweets out.

Whatever the case may be between the two today, we hope Armeena and Shaniera make up soon.