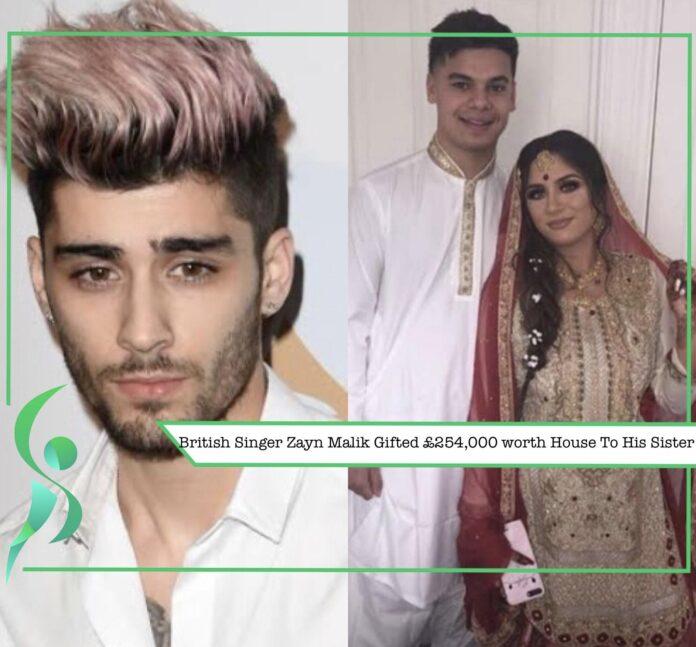 British and Pakistani singer Zayn Malik is the heart robber of almost every teenage girl in this world. The singer was known through a band called “One direction” which has millions and billion fan following. But later Zayn left the band due to certain reasons but still always comes up with the best solos ever. Zayn Malik’s charm and his melodious voice never fails to impress us.

The singer is allegedly in relationship with the famous model Gigi Hadid and the news has confirmed that he is about to become Dad very soon. Not just us but Zayn Malik has also impressed the model Gigi Hadid which is quite evident from their photos circulating around the social media.

British and Pakistani Singer Zayn Malik ‘s younger sister Safa Malik just got married last year at the age of 17 to her 18 years old boyfriend. His sister did a small Muslim ceremony that was missed by Zayn Malik. The couple later announced their pregnancy and welcomed their baby girl this year.

Safa Malik was in search of a home near her mother, she wanted her house in the same street as of her mother’s and guess what? Zayn Malik bought her one that sounds so cute. The house is of 4 bedrooms with the best view and interior.

Also rumors are roaming around that one direction is reuniting for their 10th of anniversary and we hope to see Zayn Malik in the band again as well.