Home Celebrities Did Veena Malik get plastic surgery?Let’s Find Out! 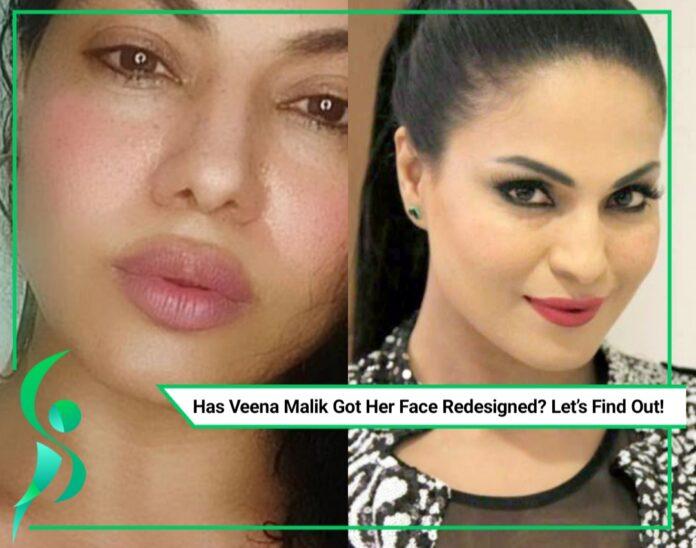 Veena Malik seems to be the heart of controversies.The 37-year-old is back in the headlines with rumors of face and lip surgeries

Veena malik started her showbiz career as comedian for several television shows and series, worked in Lollywood and Bollywood as well.

Turning to her Instagram handle, she posted pictures where it is evident that her face is slightly changed.Fans claimed Veena Malik got her face redesigned to look attractive and younger.

Although it’s not clear if Veena got her face redesigned or its just a makeup or even instagram filter.

Previously, Hania Amir became a talk of the town after a video of her went viral in which people thought she may have undergone cosmetic surgery. later clarified that it is the filter that is enhancing her lips.