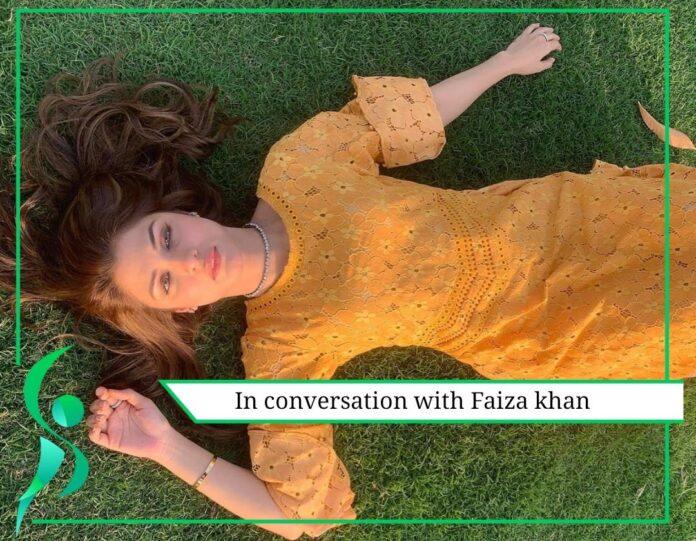 Faiza Khan is a Pakistani actress and model. She started her acting career in the film industry in 2018. She appeared as a model in many fashion shows and photoshoots for top fashion brands. She is a rising star in the Pakistan showbiz industry.

In conversation with us, we asked Faiza khan to tell about herself.

I grew up in Dubai, started my acting career from Zee tv Middle East production in drama serial Khuwabon ke Darmiyan, In addition, worked as a model
I walked for indian, pakistani designer in India fashion week dubai IFWD.

2- Tell us about your education?

Bachelor Business Administration from The British University in Dubai – BUiD

3- What is your biggest/weirdest fear?

Love to be fearless

4.What do you like doing in your spare time?

In my spare time I do Workout, listening music, cooking sometimes

5.Who is your celebrity crush?

6. Among them with which actor you want to do a drama and film? Fawad Khan, Zahid Ahmed, imran Abbas or Hamza Ali Abbasi

I would want to work with Fawad khan

7.What type of character you wish to play on television ?

8.Have you ever experience casting couch in this field and how you react?

9.What is one message you would give to your fans?