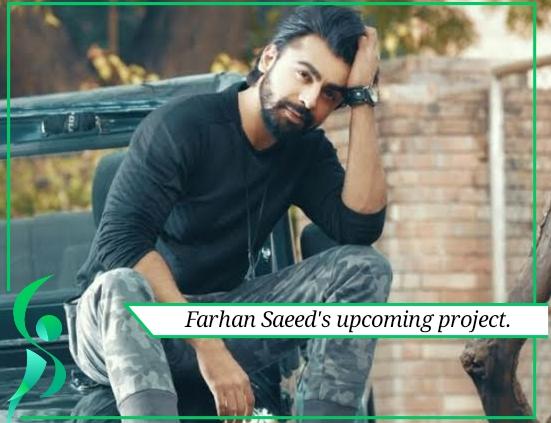 Laced with captivating looks and personality, Farhan made his TV debut with ‘De Ijazat Tu’ and has received acclaim for dramas like “Suno Chanda” while is starring in numerous projects.

Recently, Farhan talked about his new project named ‘Tich Button” and the motivations for the movie citing his initial perspective of the cinema and his current belief that it is easier said than done.

The movie features Farhan Saeed, Feroze Khan, Iman Ali, and Sonya Hussain all of which are well-established personalities of the entertainment industry.

Farhan has commented on his experience as a producer “To be honest It was difficult to work while shooting for a film as a producer. The film is a very difficult thing to do, It’s just like a war which you have to fight every day till the shooting of the film is completed”.

Farhan has also commended his fellow actors, actresses, and the team during the filming as the superstar stated,” We did the shooting in difficult times and difficult scenarios. I’m thankful to all the actors for tolerating us. They all were actors, It was not a big deal if they wouldn’t have come along with us every time, but they did. They all were very cooperative” The cast is hopeful that the audience would enjoy the film.

Although the project is completed the situation due to COVID-19 casts a shadow on the release of the film as the producers intend to release the film in a much more favorable situation.

For exciting news and trends, visit.